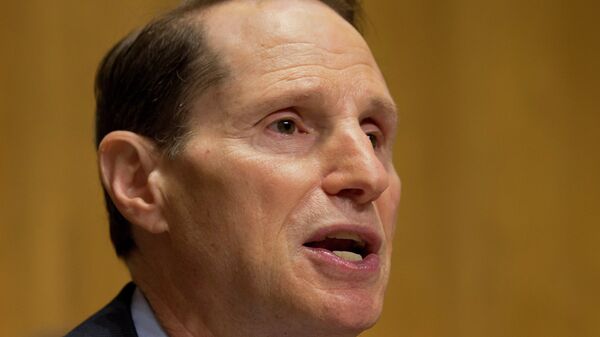 US Senator Ron Wyden claims that the US Congress may be persuaded to end bulk data collection as a result of a US federal court ruling on the illegality of NSA's bulk domestic surveillance program.

WASHINGTON (Sputnik) — The US Congress may be persuaded to end bulk data collection as a result of a US federal court ruling on the illegality of the National Security Agency’s (NSA) bulk domestic surveillance program, US Senator Ron Wyden told Sputnik.

“I hope what this will do is will cause the Congress to abolish the program that collects these million and millions of phone records on law-abiding Americans,” Wyden said on Thursday.

US Senators Vote Against NSA Bulk Data Collection Bill
Wyden, a member of the Senate Intelligence Committee, explained that the federal appeals court ruling is important “because a significant court said that this [NSA] program based on secret law is illegal.”

On Thursday, a New York appeals court ruled that the US Patriot Act provision allowing the NSA to collect telephone metadata on US citizens is a violation of the US Constitution. It is the first such decision made in a US court on the NSA’s extensive post-September 11 surveillance authorities.

The NSA program allows the US government to know “who you call, when you call them, and where you call from,” Wyden explained. “I think that is a significant invasion of the privacy of law-abiding Americans.”

The appeals court decision came as a result of a lawsuit filed in June 2014 by the American Civil Liberties Union against US Director of National Intelligence James Clapper.

In June 2013, leaked documents revealed that the US government was using a secret interpretation of Section 215 of the US Patriot Act to collect the phone records of millions of US citizens.

The senator also stressed that a measure will be introduced in the US Congress to end government monitoring of US citizens' emails, when the Senate debates legislation to revise the bulk data collection authority.

“It is my intention when we get that bill [the USA Freedom Act of 2015] on the floor, to offer an amendment to end the warrantless searches of American’s email,” Wyden said on Thursday.

Wyden said that he supports the Freedom Act, which would end the NSA’s ability to conduct bulk data collection on US citizens without a warrant.

The senator rejected such programs as “a significant invasion of privacy of law-abiding Americans.”

Section 702 has been used to justify the collection of phone and email data directly from communications providers, according to NSA documents leaked in 2014.

Both the US Senate and House of Representatives are considering legislation to end the NSA’s bulk data collection under the US Patriot Act. Votes on the legislation will likely take place before the June 1, 2015 expiration of sections of the Patriot Act.