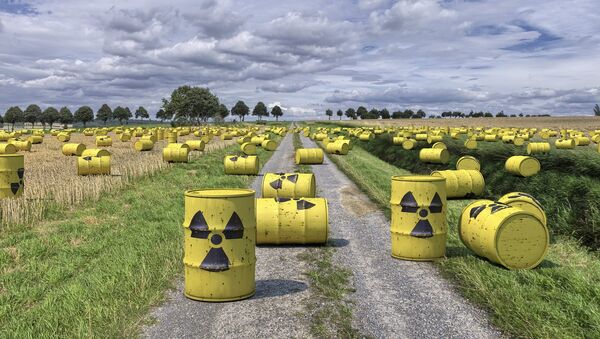 Proposals to ship nuclear waste from northern Scotland to a heritage site considered important to indigenous groups in Australia may be halted.

Campaigners acting for Aboriginal Australians are challenging a bid to transfer the waste from Dounreay, Caithness, to a proposed new dump located at Wallerberdina, 280 miles north of Adelaide.

They insist the potential location for what would be Australia's first nuclear dump would infringe on a historical site rich in burial mounds, fossilized bones and stone tools and considered sacred by Aboriginals.

Return to Country of Origin

Under an agreement reached in 2012, all waste from Australia, Belgium, Germany and Italy that is processed at the Scottish facility must be returned to the country of origin.

Now the Scottish government has indicated that all concerns voiced by indigenous peoples must be taken into account before the waste is transferred by ship, presently planned for 2020.

A government spokesman said it would continue to work with the UK government and the Nuclear Decommissioning Authority to decide where the shipment should be sent.

"Any concerns expressed by indigenous peoples must be addressed in full and action taken, to ensure that vulnerable communities do not suffer future adverse impacts. We recognize that the management of nuclear waste must take full account of human rights and equality obligations, including the importance of ensuring that security and waste management arrangements protect public safety and avoid harmful environmental impacts," the government said in a statement.

Earlier Gary Cushway, a dual Australian-British citizen, had written to the Scottish First Minister Nicola Sturgeon raising the concerns of the residents from the Adnyamathanha community, who live on land adjacent to the proposed dump site at Wallerberdina.

In pressing the Scottish government, Mr. Cushway said it was an opportunity to correct the past mistakes of the UK government who tested nuclear weapons on indigenous homelands in South Australia, forcing many of them to be moved from their properties.

The federal Australian government has identified two possible locations for the national waste dump site, having previously been thwarted by campaigns by indigenous and community groups since the 1990s.

No date has, so far, been set for a final decision, although federal government ministers are aware they face a strong backlash if they select the Wallerberdina option as it borders an Indigenous Protected Area where they are still permitted to hunt.

In addition, the state government of South Australia took the decision in June, 2017, to reject plans to cite any of the sites there.