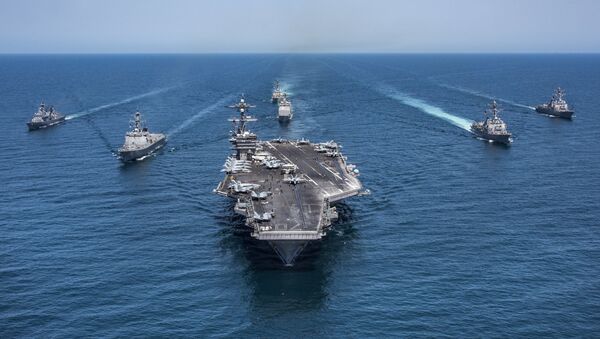 US Defense Secretary James Mattis has hinted that the US has secret weapons that could devastate North Korea without endangering the South Korean capital city of Seoul.

The North Korean crisis has proven frustrating to the American military: despite the enormous gap in power between the two nations, a military strike has been strongly discouraged because Seoul and its 25 million residents are only 35 miles from the border, well within range of North Korean artillery. Any military strike against the North could then be answered with a massive loss of life in the South." 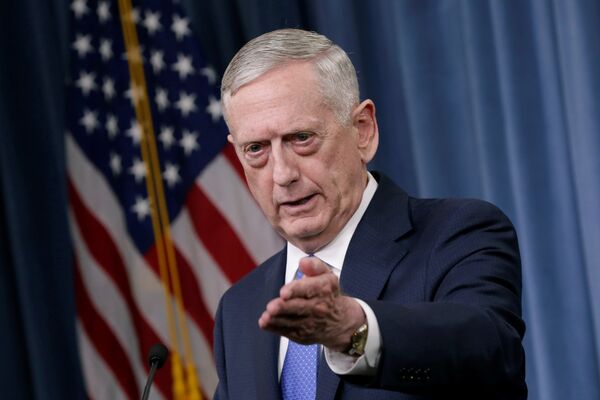 U.S. Defense Secretary James Mattis gestures during a press briefing on the campaign to defeat ISIS at the Pentagon in Washington, U.S., May 19, 2017
© REUTERS / Yuri Gripas

But Mattis has hinted that the Pentagon has a few tricks up its sleeve that could prevent such a counterstrike. When asked during a Monday press conference, "is there any military option the U.S. can take with North Korea that would not put Seoul at grave risk?" Mattis responded in the affirmative.

"Yes, there are, but I will not go into details," said the retired four star general, who in the past had stated that war with North Korea would "involve the massive shelling of an ally's capital [Seoul], which is one of the most densely packed cities on earth."

"There are many military options, in concert with our allies that we will take to defend our allies and our own interests," Mattis went on to cryptically state.

North Korea's secretive regime is commonly believed to have various weapons of conventional, ballistic, and chemical/biological nature hidden throughout the country in mountains, underground tunnels, and other secret sites. It is almost impossible to locate and destroy every single one of these weapons, and even a scant few of them could cause the deaths of millions of people.

This is thought to be one of the primary reasons why the American bloc has not launched a strategic strike against North Korean nuclear sites. Daryl Press, a nuclear deterrence scholar at Dartmouth College, told The Atlantic that North Korea would interpret any strike "as a prelude to invading or overthrowing the government, even if the United States insists otherwise."

Either Mattis is bluffing, or he knows something that we don't. He did make a comment that may have hinted at what he had in mind.  "Just to clarify, you said that there were possible military options that would not create a grave risk to Seoul. Are we talking kinetic options as well?" a reporter asked him.

"Yes, I don't want to go into that," Mattis replied. "Kinetic military action" is a euphemism referring to lethal military force such as airstrikes (usually contrasted to electronic warfare.)

Mattis also acknowledged that US and South Korean leaders had discussed stationing nuclear weapons within South Korea, but was noncommittal as to whether the option was under consideration or not. "I believe that there is always the potential for miscalculation by the DPRK leader," he said.

"What we've done with the sanctions is we are putting the leader in North Korea in a position to be aware that the international community, voting unanimously twice now in the United Nations Security Council, seeing the increasing diplomatic isolation that comes with it, comes with the economic sanction that there's a penalty to be paid for ignoring international concerns and norms," Mattis went on to say, adding that the sanctions were "working."

On Sunday, US Ambassador to the United Nations Nikki Haley said that the Security Council had run out of options on containing North Korea's nuclear program, and that the matter might be handed over to the Pentagon.

Mattis' boss, US President Donald Trump, said on Monday that the US would "have no choice than to totally destroy North Korea" if they did not abandon their nuclear ambitions.