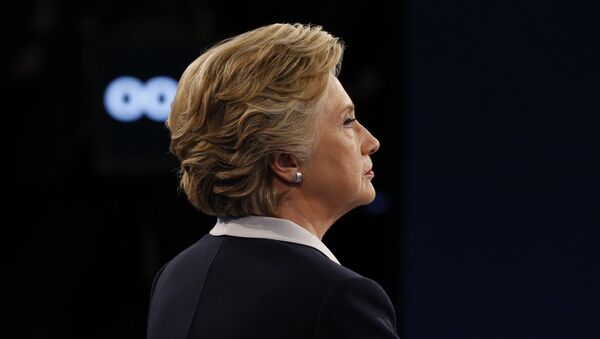 The Senate Judiciary Committee has launched a new corruption investigation into former Secretary of State Hillary Clinton. "Does the latest inquiry signal that Clinton may eventually find herself behind bars?" RIA Novosti contributor Vladimir Ardayev asks.

The Bangladeshi government commission probed alleged financial mismanagement at Grameen Bank under Yunus who served as managing director of the bank.

Back in April TheDCNF Investigative Group revealed that Hillary Clinton's Department of State aides allegedly threatened Sajeeb Wazed Joy, son of Bangladesh Prime Minister Sheikh Hasina and permanent US resident, with an IRS audit in an attempt to thwart the investigation.

In his June 1, 2017, letter to Secretary of State Rex Tillerson, Grassley highlighted that "Yunus' personal relationship with the Clintons stems from when Bill Clinton was the governor of Arkansas" and that "for decades, Yunus has been heralded by the Clinton Foundation."

"If the Secretary of State used her position to intervene in an independent investigation by a sovereign government simply because of a personal and financial relationship stemming from the Clinton Foundation rather than the legitimate foreign policy interests of the United States, then that would be unacceptable," Grassley stressed.

Emailgate: Untold Story of Clinton Foundation's Ties With Defense Contractors
Ardayev drew attention to the fact that this is the first parliamentary investigation launched against Clinton after her defeat in the US presidential election.

"Meanwhile, another investigation has been carried out by the Committee on Oversight and Government Reform of the US Congress, which began under the previous administration. It concerns the use of a personal computer server for official correspondence by former Secretary of State [Hillary Clinton]," Ardayev wrote.

All of the above bring to mind Donald Trump's election promise to "lock [Hillary Clinton] up."

"Will Trump carry out his threat?" Ardayev asks.

#LockHerUp: Hillary Clinton Gradually Losing Veneer of Being 'Too Big to Jail'
According to the political analyst, the controversy surrounding the Clinton Foundation could turn out to be especially damning to the Clintons.

Wall Street analyst and investigative journalist Charles Ortel, who has been conducting an independent investigation into the charity's alleged fraud for the past few years, shares a similar stance.

In his interviews, Ortel has repeatedly stressed that the Clinton Foundation remains "the largest unprosecuted charity fraud ever attempted."

Speaking to Sputnik in February 2017, the Wall Street analyst explained that "there has never been a validly performed and legally compliant independent audit of any part of the Clinton Foundation for any period (part or full year) of operation."

"This means that no outsider has ever been able to ensure that all incoming donations landed in Clinton Foundation bank accounts. Given their loose (I might argue non-existent) financial controls, the international spread of their operations, and extreme volatility in foreign exchange rates, the potential for monies to leak out (diverted revenues, fake expenses) is substantial," he underscored.

Untold Story of the Clintons Cashing In on HIV/AIDS Sufferers
The investigative journalist also called attention to one of the Clinton Foundation's most controversial endeavors, the HIV/AIDS initiative, also known as CHAI (The Clinton Health Access Initiative). According to Ortel, the endeavor was "never organized or operated lawfully at any time."

To add to the controversy, one of CHAI's major suppliers of cheap antiretroviral (ARV) drugs — Ranbaxy Laboratories — pleaded guilty in May 2013 of selling ineffective, "adulterated" drugs to its customers.

When it comes to former Secretary of State Hillary Clinton, it would take a lot of effort to prove the "pay-for-play" allegations and the emoluments clause violation, the Wall Street analyst told Radio Sputnik in March 2017. "What is easier to prove is [the Clintons'] charity fraud," he stressed, adding that there is enough evidence in the public domain showing that there is something really rotten with the charity.

"The penalties under the US state and federal law for charity fraud, particularly involving disaster relief, are incredibly stiff," Ortel highlighted, in a reference to yet another embarrassing part of the Clintons' activities — the Haiti earthquake recovery operation.

However, according to Ardayev, it remains unclear whether Trump will deliver on his election promise.

"Analysts are slow to assert that Trump will certainly fulfill his threat and put Clinton in jail. Not only because right after he took the office he changed his rhetoric towards [Hillary Clinton]… but also because such a shake-up can cause a political tsunami in the US," Ardayev believes.

The question arises whether the American machine of justice will let Hillary Clinton go after so much evidence against her has emerged in the past years.