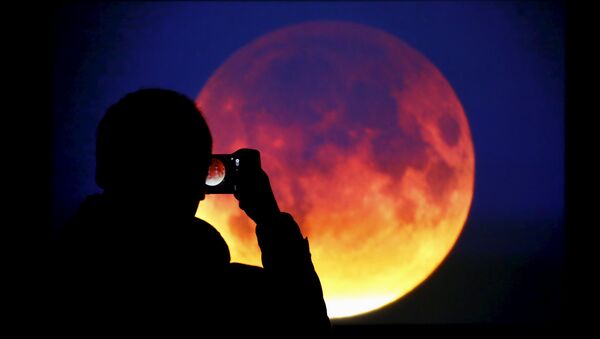 China on Tuesday revealed the landing location of Chang'e-5 probe on the Moon and the future focus of lunar explorations at the ongoing Global Space Exploration Conference (GLEX 2017) in Beijing.

Court of the Lunar Queen: China Begins Life on Moon Simulation
Liu Jizhong, the director of the lunar exploration project of the China National Space Administration, said at the conference that Chang'e-5 will be launched by CZ-5 carrier rocket at the end of the year and will land at the Mons Rümker on the near side of the Moon to collect rock samples for scientific research, the Xinhua News Agency reported.

Liu said that the follow-up lunar exploration will focus on the south pole of the Moon.

"The hot spot of lunar exploration is the south pole of the Moon based on international consensus. More significant scientific discoveries lie in the permanently shadowed region of the Moon and the water in that region," said Liu.

The conference, which ends Thursday, was jointly held by the International Astronautical Federation (IAF) and the Chinese Society of Astronautics, and follows the GLEX 2012 conference held in Washington DC, Xinhua reported.