Russia, US Should Cooperate to Bring Back 'Vaccine Diplomacy' - Top Scientist 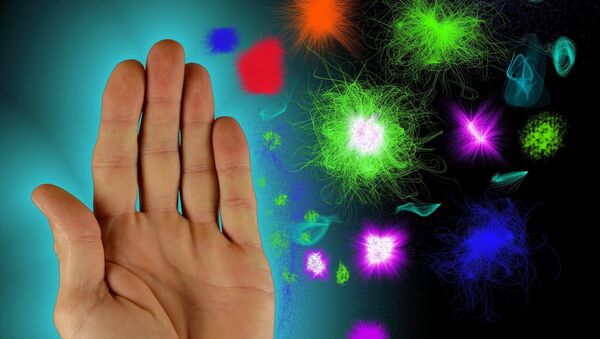 CC0 / Pixabay /
Subscribe
Chris Summers
All materialsWrite to the author
One of the world's leading experts on tropical diseases says scientists in Russia and the US should cooperate to save millions of lives. Dr. Peter Hotez pointed out that in the 1950s US and Soviet scientists worked together at the height of the Cold War to create a vaccine for polio and now there is a need for a fresh bout of "vaccine diplomacy."

Dr. Peter Hotez, Dean of the National School of Tropical Medicine at Baylor School of Medicine in Houston, Texas, has been working on finding a cure for Chagas disease, which kills between 10,000 and 40,000 people a year.

"Our Texas Children's Hospital Center for Vaccine Development and the National School of Tropical Medicine at Baylor College of Medicine would welcome the opportunity to engage in vaccine development jointly with Russian scientific institutions, as a means to revive US-Russian vaccine diplomacy," Dr. Hotez told Sputnik.

Six million people, mainly in Latin America, are infected with the parasite, trypansosoma cruzi, which causes the disease and there is currently no vaccine for it.

Dr. Hotez said the US and other Latin American governments had largely ignored Chagas because it affects mainly those on low incomes living in poor housing.

But in an article published in a medical journal in May, both in English and Russian, Dr. Hotez argues that cooperation between the best scientific brains in the US and Russia has in the past achieved superb results.

"In 1956, a year before the Sputnik launch, the US State Department and its counterpart in the Soviet Union facilitated links between the American virologist Dr. Albert Sabin and two Soviet virologists, Dr. Mikhail Chumakov and Dr. Anatoli Smorodintsev, to collaborate in producing the oral polio vaccine at a scale suitable for testing it first on millions of Soviet citizens," Dr. Hotez wrote.

Dr. Hotez said the Russian virologists, escorted by a KGB agent, had visited Dr. Sabin in his laboratory at Cincinnati Children's Hospital in Ohio and he went to see them in Moscow later the same year.

Within two years a shipment of Sabin's polio virus strains arrived in the Soviet Union on dry ice and the Soviet pair used it to create their vaccine.

"The oral polio vaccine was a joint collaboration between US and Soviet scientists and there is a real need to bring back that sort of vaccine diplomacy," Dr. Hotez told Sputnik.

According to Dr. Hotez, the vaccine was scaled up and produced in Chumakov's laboratory but the Soviet Union's Ministry of Health was obstructive and Chumakov had to go directly to the Kremlin leadership to get the go-ahead for large-scale trials.

The vaccine was tested on millions of Soviet school children and then on young adults and eventually the World Health Organization confirmed the safety of the trials.

'Two drops of polio vaccine to every child to actualize Shaheed Benazir Bhutto's dream of a #PolioFreePakistan' #WeAreClose #EndPolioNow pic.twitter.com/SZdozxTfBi

Since then the vaccine has been used to eradicate poliomyelitis from large parts of the world but it remains difficult to vaccinate people in Afghanistan and Pakistan because the Taliban and their associates have spread rumors that it is a Western plot to sterilize Muslim children.

In 2016, a bomb outside a polio vaccination clinic in the city of Quetta in Pakistan killed 14 people.

15dead. #Barbarians attack #Polio campaign.
So want2 send prayers of safety to #Quetta, if only they would be heard! pic.twitter.com/8g9bN6XZ1b

Russia is already involved in providing vaccines to help the medicine deficit in many countries. In March, Russian vaccine production plants delivered 60,000 doses of yellow fever vaccine to Nicaragua.

That initiative involved the Chumakov Federal Scientific Center for Research and Development of Immune and Biological Products, which now supplied vaccines and other medical products to 25 countries in Africa, Asia and Latin America.

"United States-Russia tensions over the hostilities in Ukraine, collapsed cease-fires and chemical weapons use in Syria, and accusations of alleged cyberattacks may require a diplomatic reset.

"To help ease growing strains and restore dialogue and cooperation, it is worth looking to a productive and extraordinary historical record of international scientific collaborations," Dr. Hotez wrote.

He said during the iciest spells of the Cold War US channels remained open not only in science, but also in the field of sports, the arts and literature.

Dr. Hotez also wrote that, in the wake of the polio vaccine success, Soviet scientists developed a unique for producing hundreds of millions of doses of freeze-dried smallpox vaccine.

This enabled US physician D. A. Henderson to lead a campaign that eradicated smallpox globally by 1977.

#Smallpox and its Eradication – by Dr D.A. Henderson and colleagues https://t.co/XsrFls3KSm pic.twitter.com/QSvItlUC6k

In his paper, he said US and Russian scientists had also worked together before and after the collapse of communism on HIV/AIDS prevention and the prevention of other sexually transmitted diseases and also on tuberculosis.

He said a neglected tropical disease known as leishmaniasis had also emerged in the Middle East, Afghanistan and in Dagestan, a republic of the Russian Federation.