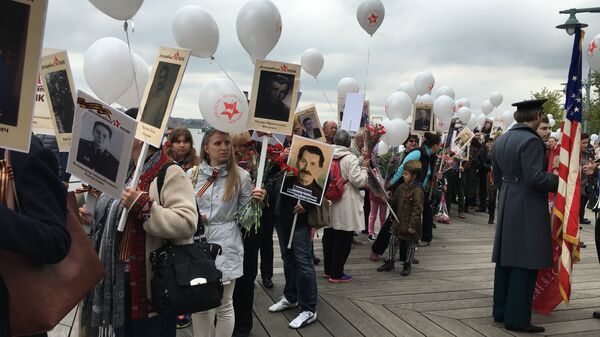 The 'Immortal Regiment' marches honoring Victory Day will be held throughout the United States, with hundreds of people expected to participate.

Vietnam Embraces Russian 'Immortal Regiment' Rally to Celebrate Victory Day
WASHINGTON (Sputnik) — At least 20 US cities will host the marches ahead of the Victory Day celebrations, most of which will take place on Saturday, compared to nine cities in 2016.

The 'Immortal Regiment' marches will be held in Washington, New York, Boston, Philadelphia and Los Angeles, among other locations.

Yekaterina Hill, an organizer of the event in the US capital, told Sputnik earlier in the week that the coordinators of the Immortal Regiment in Washington, DC anticipate some 650 people, including WWII veterans, to take part in this year’s event.

The march in Washington on May 6 will proceed from the White House to the World War II Memorial accompanied by the wartime songs sung by the participants to the music played by a bayan player.

In New York, the participants will walk along the Hudson River to World War II Memorial in Battery Park. The march will be joined by members of the Yale University choir, who will perform war songs.

Stockholm to Host 'Immortal Regiment' March on Sunday
Second Secretary of the Russian Embassy in the United States Ekaterina Akulcheva told Sputnik in April that during the "Immortal Regiment" march over New York City’s Brooklyn Bridge a plane carrying a 30-meter long ribbon will be flying over the participants.

The Immortal Regiment is a patriotic initiative that commemorates WWII soldiers in marches held across Russia and other countries on May 9, celebrated as Victory Day in Russia and the former Soviet republics. During the marches, people carry photographs of their ancestors who participated in the war. 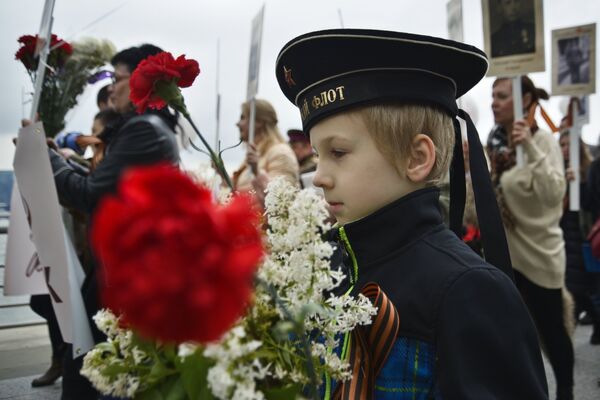