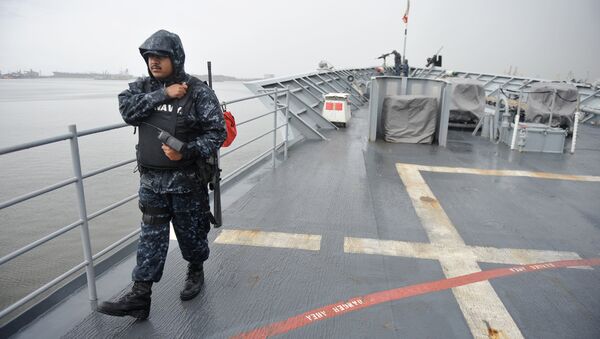 "The Ticonderoga-class guided missile cruiser USS Vella Gulf entered the 6th Fleet area of operations on April 29," the statement said. "Vella Gulf is deploying as an independent forward-deployed unit in support of maritime security and ballistic missile defense operations in international waters across the globe."

The Vella Gulf was commissioned on September 18, 1993. It is named after the destruction and defeat of Japanese naval forces at Vella Gulf during the Solomon Islands Campaign in the Second World War.

The Navy's 6th Fleet patrols nearly half of the Atlantic Ocean, from the North Pole to Antarctica, as well as the Adriatic, Baltic, Barents, Black, Caspian, Mediterranean and North seas.