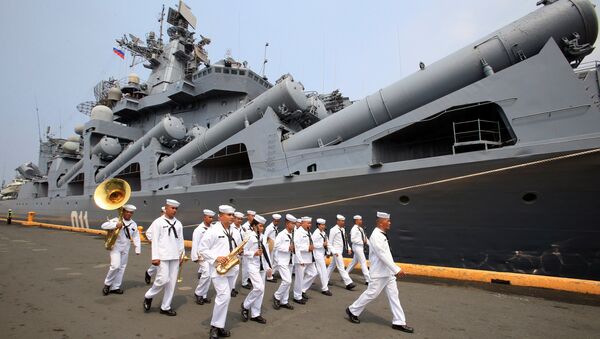 Philippine President Rodrigo Duterte paid a visit to Russian missile cruiser Varyag, which arrived in the port of Manila during the course of its long-distance voyage.

“Within the framework of the visit of the Pacific Fleet to the port of Manila, a ceremony was held on the Varyag missile cruiser for the president of the Philippines, Rodrigo Duterte,” Vladimir Matveev, captain of the second rank and Defense Ministry spokesman said Friday.

The Philippine president examined the ship, while the ship's commander spoke about the history of the Varyag cruiser. 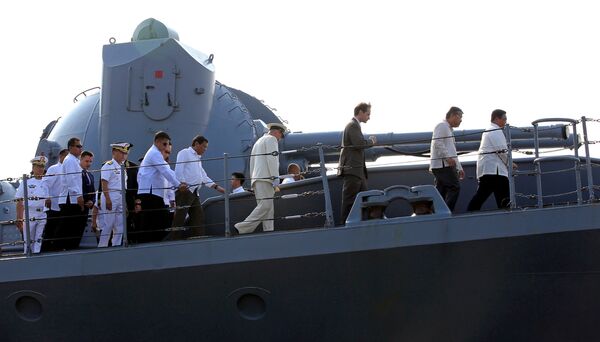 The leader was also informed about the main characteristics of the battleship, its weapons and combat capabilities and was introduced to the life of the Pacific sailors onboard.

Furthermore, Duterte visited the ship’s museum and signed a book of honorable visitors.

There was an exchange of souvenirs and then a joint photograph of the president with the crew of Varyag was taken.

The Russian missile cruiser is to stay in the port of Manila until April 24, after which the ship will continue its long sea expedition.

Earlier in January, Duterte boarded the Admiral Tributs, a Russian anti-submarine destroyer, when it arrived in Manila on a goodwill tour.