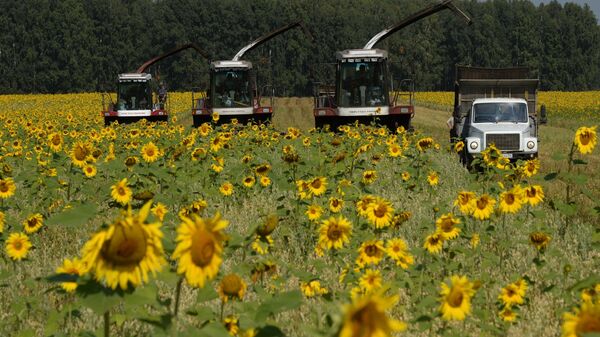 Ilya Tsukanov
All materialsWrite to the author
Russia's agricultural boom continues to pick up steam. The government has committed 13.7 billion rubles in new subsidies to farmers, which will help them with the purchase over 21,000 new pieces of equipment, including tractors and seeders. The agricultural sector has only seen benefits from the three year sanctions war between Russia and the West.

The Russian government expects the 13.7 billion rubles in new assistance to help not only farmers, but the domestic agricultural machinery sector as well. In the first six months of 2016, Russia produced 35% more tractors and harvesters than it did in the same period in 2015, with farmers ever-hungry for new equipment. The Cabinet seems to be hoping to continue that trend.

Russia has enjoyed an agricultural boom since 2014, with the trend setting to enter its third straight year. In 2014, in response to a series of sanctions by the US and Europe on Russian companies and individuals, Moscow slapped a ban on the import of some agricultural products from the countries which introduced the anti-Russian restrictions.

Sanctions-Strapped French Farmer Mows Gigantic 'Help' Plea in Field
The sanctions have hit Europe particularly hard, with estimates in mid-2016 indicating that the countersanctions had cost European producers $65 billion in lost revenues. Some countries, like the Baltic states, were hit especially hard: their dairy farms and fisheries have suffered catastrophic declines of 30% or more.

Russian farmers, on the contrary, only benefited from the restrictions, producing record harvests and even becoming the world's leading exporter of wheat and other grains.

Russian food security also stood to benefit. In 2016, Russia imported 22% of its total consumption of agricultural products, down from nearly 40% in 2013. 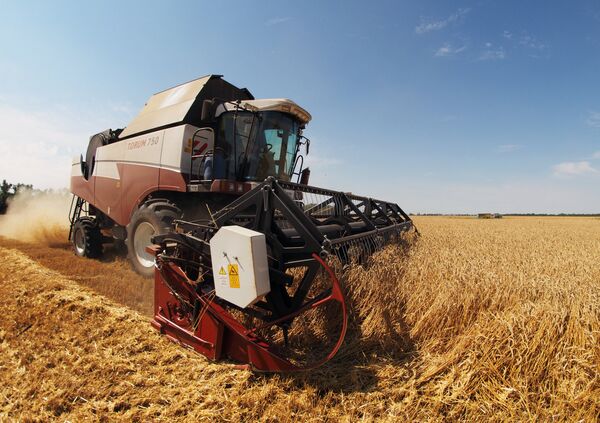 Growth in the domestic production of pork and poultry products has already come to negate the need for imports. Fresh vegetable output grew 30% in 2016 compared to the year before, with the use of greenhouses allowing imports to decline dramatically even in winter, from 70% before the countersanctions took effect to 35% today. In a year's time, the Russian Institute of Agricultural Marketing expects imports to fall to less than 20%.

Turkey's Restrictions of Imports From Russia 'Stab in the Back' – Minister
The agricultural boom has been so strong that it even defied the overall recession facing the Russian economy over the last year and a half. In 2015, when GDP contracted by 3.8%, the agricultural sector grew 2.2%. In 2016, when the decline stopped and economic growth inched forward 0.3%, agriculture jumped by 4.8%, becoming the leader among those industries showing dynamic growth.

Even Western financial observers have been forced to begrudgingly admit the futility of Western countries' sanctions policy. The Financial Times recently reported that agriculture has overtaken arms to become Russia's second-largest category of exports. Sanctions, FT noted, only served to fuel the development of Russian agricultural companies, with government and producers focusing their efforts on import substitution. Amid the devaluation of the ruble and falling fertilizer and fuel prices, the profitability of the sector skyrocketed, according to the newspaper.

Speaking to RIA Novosti, Timur Nigmatullin, an analyst at Moscow-based Finam, a financial services company, pointed out that in contrast to other industries, the Russian farming sector doesn't require a lot of investment to get going. This was a key component to its success, he said.

"The industry itself is not very capital intensive. To start production, for example, on the open field, does not require a large amount of capital, in contrast to the construction of say a factory. It's possible to start producing relatively quickly if the demand is there," Nigmatullin noted. 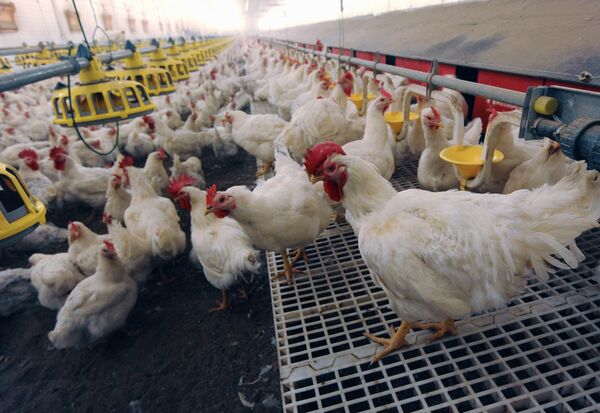 For now, the analyst added, the sector still has a long way to go to reach its full potential, with agriculture still occupying a very small share of total GDP – about 3.5%.

The Russian government seems to realize the importance of countersanctions in improving the outlook for agriculture. Last month, Russian Minister of Agriculture Alexander Tkachev proposed extending the food embargo for another decade. The minister insisted that given a few more years, Russia can become a net exporter of food, and not only in grains.

World
Belarus Expects Russia to Lift Agricultural Import Halts in April
Nigmatullin agreed, saying that given the right conditions, agriculture, which accounts for 5% of total exports, can continue to strengthen its position in Russia's export balance, outpacing chemicals and rubber goods (6%), and perhaps even metals and metal products (10%).

Best of all, the boom is expected to lead to lower prices for Russian consumers. Amid the shocks accompanying the decline of the ruble's value in 2015, prices for many food products have also crept up. However, according to Institute of Agricultural Marketing director Elena Turina, domestic production has already helped to stabilize prices, and even bring some of them back down.

"A similar situation is already being seen in the pork and poultry markets. The growth in production has led to stable prices, with prices even falling in some categories. We can expect the same thing to occur in the market of greenhouse-grown vegetables," Turina said. 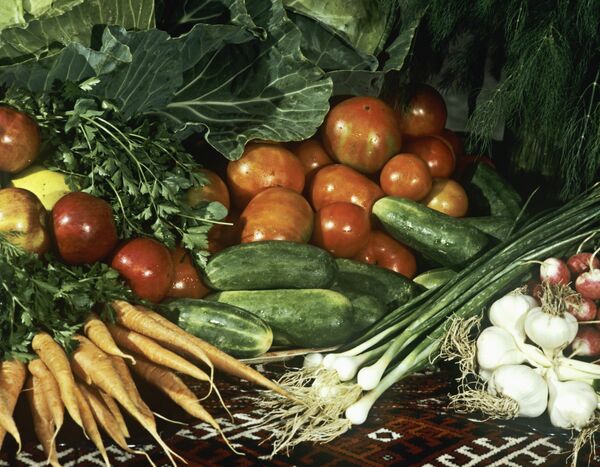 Furthermore, the analyst noted that Russia is now investing in new categories where it previously had limited experience, including the production of new kinds of mushrooms (champignons and oyster mushrooms), orchards and viticulture. "In two years, we will reduce the import of stone fruit (plums, cherries, black cherries) and pome fruits (apples and pears)," the expert promised.

The important thing now, it seems, is for the government to listen to Agriculture Minister Tkachev's suggestions, and to keep the countersanctions in place as farming continues to pick up pace.