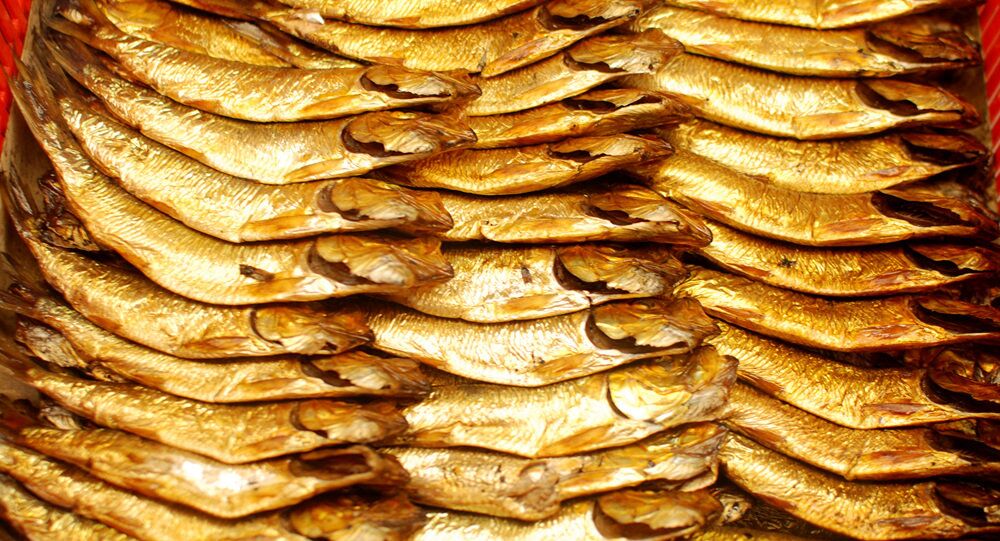 Last week marked the second anniversary of Russia's introduction of agricultural sanctions against Europe. The measure, introduced in response to Western sanctions against Moscow over the crisis in Ukraine, led to tens of billions of euros in losses for producers. Statistics show that they hit the Baltics particularly hard.

On August 6, 2014, Russian President Vladimir Putin signed a decree "On the use of specific economic measures to ensure the security of the Russian Federation," mandating an effective embargo on most food products from countries that had introduced sanctions against Russia earlier that year. The counter-sanctions included everything from meat and dairy, to fish, vegetables, fruits, and many processed goods, and were directed against Europe, the US, Canada, and Australia.

© Sputnik / Filip Klimaszewski
Russia is Leading in the Sanctions Game, Putin Won't 'Be the First to Blink’
The sanctions found support among ordinary Russians, and especially among Russian farmers and food producers, who have since repeatedly appealed to the president to keep the restrictions in place, now that the heavily subsidized goods from the European Union are gone. At the same time, Russian experts have suggested almost in unison that the sanctions war's main impact has been to increase Russia's food security, turning what was meant as a 'punishment' against Russia into a boon.

Unfortunately, recently published figures have confirmed that Russia's neighbors in the Baltic region haven't been so lucky.

In Latvia, compiling the losses from agricultural sanctions, the local news portal Delfi.lv recently reported that the dairy sector has been hit hardest, with Latvian dairy farmers losing over €104 million, accelerating losses meaning that this figure may rise to €233.5 million by 2017. In its analysis, Delfi noted that "the financial reports of dairy farms have shown their turnover declining by a quarter. This applies to cooperatives and to large milk processors alike."

© Sputnik / Anton Denisov
Two Years On: How Russia's Agricultural Sector Reaps the Benefits of Sanctions
Some farms and processors' losses were even higher, with the Jekabpils piena kombinats processor reducing output by 32%, and Valmieras piens by 33.1%. Delfi estimated that prior to the crisis in relations between Russia and the West, 80% of the country's milk products, both unprocessed and finished goods, were sold to Russia. Companies have tried to try to reorient production to other markets in Asia and the Middle East, but the losses demonstrate that they are a long way from replacing the Russian market.

Lithuania's dairy industry is even worse off, with European Commission President Jean-Claude Juncker recently admitting that Vilnius has been hit by the sanctions harder than any other country in the EU, and Prime Minister Algirdas Butkevicius warning that the dairy industry was on the brink of collapse.

The Baltic states' fisheries industry is doing little better. Gamma-A, Latvia's largest producer of canned sprats, has reported a 34% decline in turnover. The company's management stated bluntly that the sprats sold to Russia had no market in the West, adding that they are losing hope in the search for new markets.

Meanwhile, the Russian online newspaper Svobodnaya Pressa explains that Russian fish processing companies have effectively replaced the Latvians, with the embargo stimulating domestic production in the Kaliningrad region. The Russian firms also attributed their success to the natural smoking methods used in their production. As for the Latvian companies, their products often exceeded the limits Russian regulators placed on carciogenic benzopyrene, leading to imports being regularly suspended even before the 2014 crisis.

© Flickr / Dave Wild
No Milk and No Roses: Swedish Dairy Farmers Crushed by Sanctions
Estonian agriculture and fisheries have fared little better than their neighbors, with total trade turnover with Russia falling by 30%. There too, milk producers and the fisheries industries were hit hardest.

At the same time, Svobodnaya Pressa observed an interesting phenomenon: despite the losses, the political elites in all three countries have so far refused to change course, even despite the demands of their farmers. "On the contrary, they have demanded an extension and strengthening of the sanctions against Russia."

This, the paper noted, puts them at odds with officials in other countries across Europe, from the French National Assembly to Italian regional assemblies, the Hungarian Foreign Ministry and the Czech President, each of whom have proposed lifting anti-Russian sanctions, or at least stepping out against their automatic extension.

Russia Extends Banned Food Destruction Period Until the End of 2017