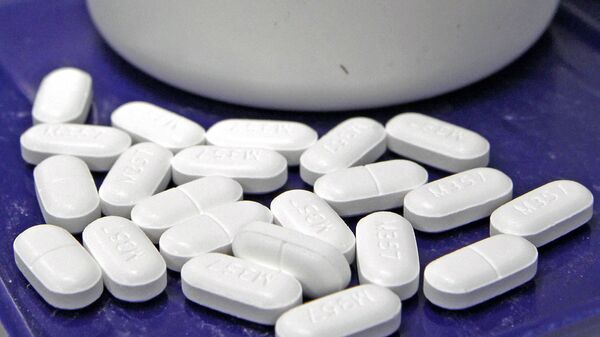 © AP Photo / Toby Talbot
Subscribe
International
India
Africa
A military judge has dismissed a cadet from the US West Point Military Academy, after the youth was convicted of dealing highly addictive synthetic opioid painkillers and an anti-anxiety drug, without a prescription.

Tevin Long, the former cadet, was found guilty in a military court martial, and has been sentenced to, alongside his expulsion from the prestigious officer training school, 30 days in the brig, as well as losing any pay he had accrued.

A West Point spokesperson said Monday that, "Cadet Long's behavior is inconsistent with the values of the military academy."

"The actions in this case were found to be in violation of the Uniform Code of Military Justice and the standards of conduct in the US Army," the school stated, according to USAToday.

Oxycodone, one of the medications dealt by the dismissed cadet, is a synthetic opioid painkiller manufactured by Purdue Pharmaceuticals, and is currently credited with being behind a massive drug addiction crisis in America. It was first synthesized in 1916 in Germany, and evidence exists that Nazi leader Adolph Hitler was given injections of the popular medication by his personal physician.

Pointing to the widespread challenge of addressing the increasing pharmaceutical drug addiction levels in the US, Long is just one of seven cadets who have been charged recently with dealing illegally purchased medications at the academy.