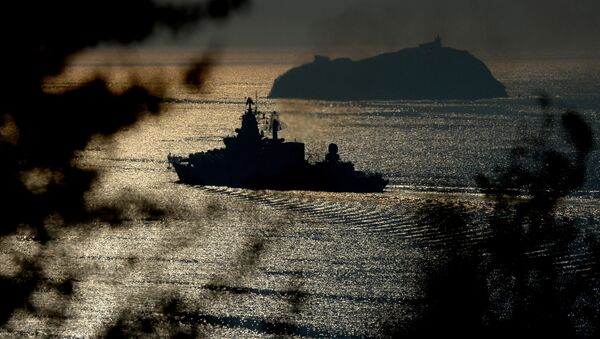 The Varyag missile cruiser, flagship of Russia's Pacific Fleet, has set sail from its home base in Vladivostok for a long distance trip which is expected to last more than two months. Defense Ministry spokesman Vladimir Matveev provided Russian media with select details about the reasons for the ship's voyage and its planned destinations.

Speaking to reporters on Saturday, Matveev confirmed that the Varyag had set sail, and explained that the ship will make unofficial and refuel-resupply ports in over half-a-dozen countries in the Asia-Pacific Region.

"The expedition of the flagship of the Pacific Fleet is being held in accordance with the Russian Armed Forces' plan for international cooperation, and will last for over two months. In the course of the long-distance ocean-going voyage, the ship will make seven unofficial and [resupply] visits to foreign states," Matveev said. 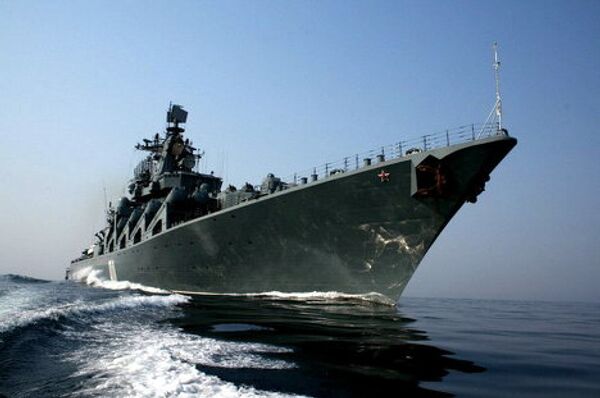 Matveev stressed that preparing for the long-distance journey required long and painstaking preparations by the Varyag's officers and crew. They recently completed a complete cycle of training at the ship's base, and at specially designated combat training areas in the Sea of Japan.

"Over the course of several days, a commission consisting of representatives of the Headquarters of the Pacific Fleet and the General Headquarters of the Russian Navy worked on the Varyag, carrying out an inspection of the readiness of the ship and its crew for a long ocean-going journey," Matveev concluded. 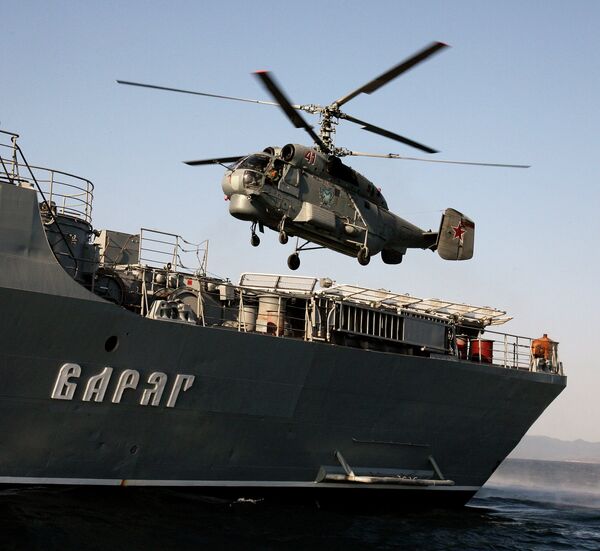 Ships from the Pacific Fleet have also been active closer to their home waters. In January, the Admiral Tributs destroyer paid a visit to Manila, where it was greeted by President Rodrigo Duterte. Last month, Duterte confirmed that the Russian Navy would be free to enter the country's territorial waters, and dock at the country's harbors after giving notice to the Philippines' authorities.

Symbolic End: Missile Cruiser 'Ukraine' Being Sold Off for Scrap Metal
Late last year, the Admiral Tributs and the Boris Butoma oiler took part in joint exercises with ships from the Indian Navy in the Indian Ocean.

The Varyag is a Slava-class missile cruiser, originally commissioned in 1989 for the Soviet Navy. Featuring an array of deadly anti-ship, anti-sub and anti-aircraft weaponry, the Slava-class cruiser has been nicknamed 'Aircraft Carrier Killer'.

Like its sister ships, the Moskva and the Marshal Ustinov, the Varyag has received extensive overhauls and modernizations over the years. The ship is equipped with advanced 3D search, navigation and fire control equipment and anti-electronic warfare systems, P-500 anti-ship missiles, S-300F and OSA-MA variable range surface-to-air missile systems, an array of close-in weapons, RBU-6000 anti-sub mortars, 533mm torpedo tubes, and the ability to carry a Ka-25 or Ka-27 naval helicopter on its stern.

The 3 Slava-class cruisers serving in the Russian Navy have a Ukrainian sister ship – the 'Ukrayina' ('Ukraine'). Unfortunately, due to a lack of financing, that ship is on the verge of being scrapped.