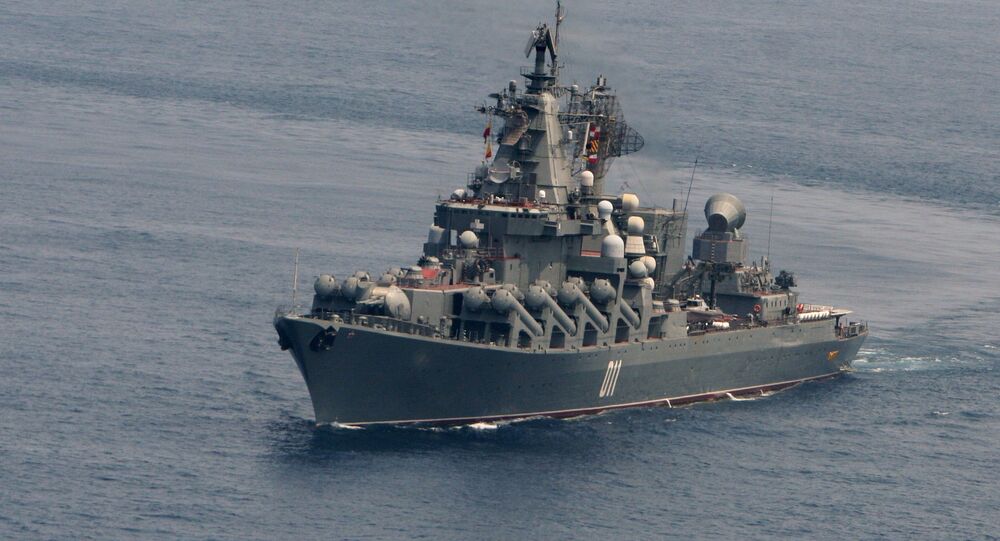 Russian Slava-class guided missile cruiser Varyag arrived in the Mediterranean Sea as part of its mission, according to the press service of the Russian Eastern Military District.

MOSCOW (Sputnik) — Russia’s Varyag guided-missile cruiser has passed the Suez Canal and entered the Mediterranean Sea as part of its mission, the press service of the Russian Eastern Military District said Sunday.

"The flagship of the Pacific Fleet, Guards’ missile cruiser Varyag, has navigated through the Suez Canal and arrived in the Mediterranean Sea as part of its mission," Capt. Roman Martov, the press service’s head, told reporters.

The Varyag is a Slava-class guided missile cruiser commissioned in 1989.

Russia has been maintaining a naval task force in the Mediterranean consisting of up to 10 combat and support vessels since the end of 2012, according to the Navy.