CO2 Late: Carbon Dioxide Levels Past Point of No Return 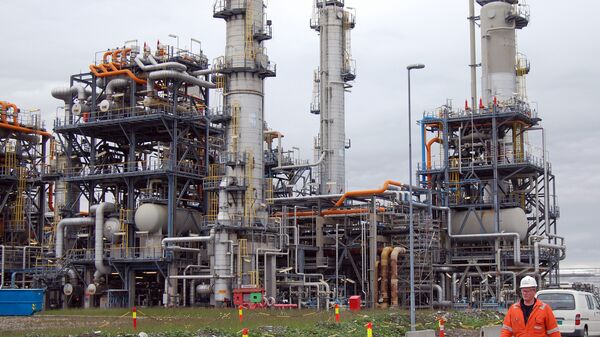 The National Oceanic and Atmospheric Administration (NOAA) has reported record carbon dioxide levels in 2016, over the 400 parts per million (ppm) threshold for the second year in a row.

The measurements are courtesy of NOAA's Mauna Loa Baseline Atmospheric Observatory in Hawaii. It reports the rate of CO2 in Earth's atmosphere at 405.1 ppm in 2016, up from 402 in 2015. This is the second largest single year increase on record – the largest was the increase between 2014 and 2015.

"The rate of CO2 growth over the last decade is 100 to 200 times faster than what the Earth experienced during the transition from the last Ice Age," said lead scientist of NOAA's Global Greenhouse Gas Reference Network Pieter Tans in a media release. "This is a real shock to the atmosphere."

The runaway El Niño event as well as forest fires throughout the Western hemisphere combined with emissions released by the burning of fossil fuels to send Earth's atmosphere past 400 ppm for the first time in recorded history.

Humans have been burning fossil fuels for more than 200 years, but the global industrial economy has vastly increased emissions. "About 85 percent of all fossil fuel consumption since the start of the industrial revolution took place during my lifetime," said Tans.

Models of past environments based on ice core records show that CO2 levels have not been above 300 ppm in the last 800,000 years or so. NOAA claims that the last time CO2 levels were this high was 3 million years ago during the Pliocene Warm Period that melted much of Earth's ice and drove sea levels 65 feet higher than what they are now.

If such an event were to repeat, whole countries such as Denmark, Senegal, Bangladesh and the Netherlands would be underwater. So would cities like Houston, New Orleans, Philadelphia, New York, Montreal, London, Beijing, Shanghai, Tokyo, Hong Kong and Buenos Aires.

"There were some differences in continent locations, and in Earth's orbit around the sun, but the Pliocene is considered a bellwether for what future climate might be like," said NOAA scientist Bruce Bauer.

In addition to being a record-breaking year for CO2, 2016 was also the hottest year on record.