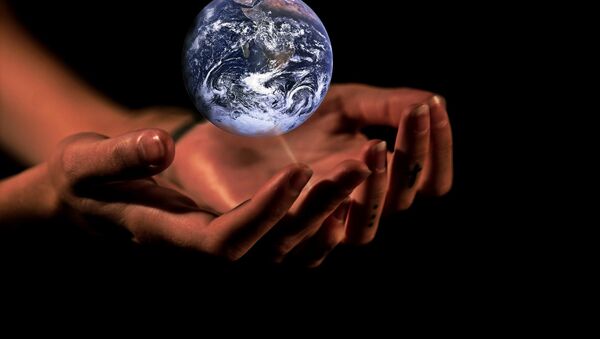 The year 2016 was the warmest in decades, with exceptionally low sea ice cover and steadily rising sea levels, an annual report by the World Meteorological Organization (WMO) said Tuesday.

"This report confirms that the year 2016 was the warmest on record – a remarkable 1.1 °C above the pre-industrial period," WMO Secretary-General Petteri Taalas was quoted as saying in the WMO press release. "Globally averaged sea surface temperatures were also the warmest on record, global sea levels continued to rise, and Arctic sea-ice extent was well below average for most of the year."

Temperatures were above the 1961-1990 average over most of the world’s land areas, according to the watchdog, with areas in the high Arctic along the Russian coast, Alaska, and Canada measuring an extra 3 degrees.

Eat This, Global Warming! Bird Poo to Repel Arctic Climate Change
The seasonal maximum of Arctic sea ice was also the lowest in the 1979-2016 satellite record. This winter, the Arctic saw its equivalent of a heatwave of moist air sweep in three times from the Atlantic.

David Carlson, the chief of WMO World Climate Research, said ongoing climate changes were already pushing the limits of humanity’s understanding of the climate system. "We are now in truly uncharted territory," he warned.

The report, the WMO’s collaboration with other UN partners, will be presented to the United Nations at a meeting on climate change in New York this Thursday. In 2015, UN members agreed to keep the global temperature rise to 2 degrees Celsius above the pre-industrial level.