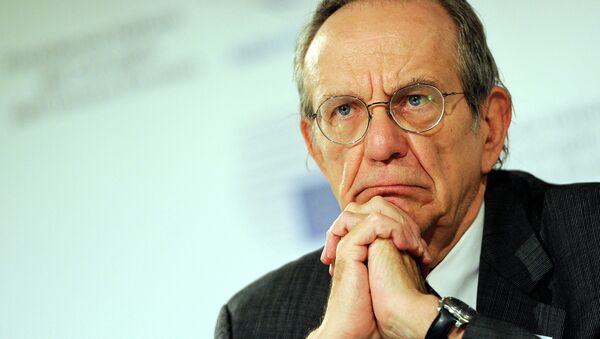 Italian Finance Minister Pier Carlo Padoan has held talks with EU Competition Commissioner Margrethe Vestager over its banking crisis as it emerged Italy's economy has emerged as the biggest loser from being a part of the eurozone over the past 18 years.

Padoan is attempting to gain support for yet more assistance for his country's banking crisis — including the bailout of Monte dei Paschi, the oldest bank in the world — which has seen Italy's over-indebted banks require bailouts. As part of the recapitalization of the banks, the Commission agreed to the setting up of the Atlanta fund, designed by buy bad debt from the banks.

"The meeting with Commissioner Vestager went very well. We keep working on how to apply the measure of precautionary recapitalization launched by the government [for Monte Paschi]," Padoan told reporters following their meeting. 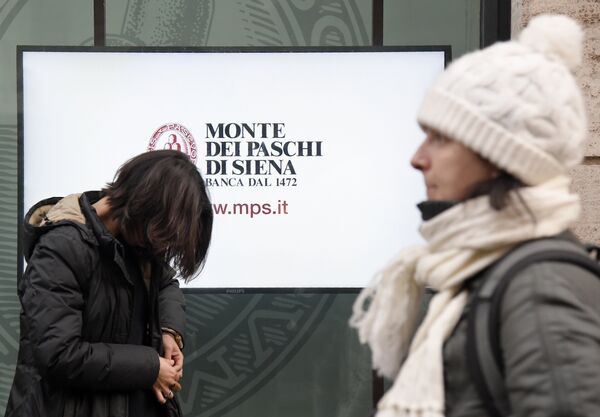 People walk past an office of Italian bank the Monte Dei Paschi di Siena on December 9, 2016 in Rome
© Tiziana Fabi
​

Italy was forced to apply to the Commission and the European Central Bank (ECB), 2016, to rescue Monte dei Paschi as part of another package of support needed by Italy's banks. However, there are tensions between Italy and the ECB because the central bank is arguing that they need further capital from the Italian government — more taxpayers' money that it had expected.

Italy's Monte dei Paschi Saga Threatens to Conclude With 'Financial Fascism'
Meanwhile, two more banks — Banca Popolare di Vicenza SpA and Veneto Banca SpA — have applied for state aid to remain afloat — an issue that has to be agreed by the Commission and the ECB. This will put further pressure on both the EU and the Italian government.

The news comes as it was revealed that Italy — along with Spain and Greece owe the ECB more than US$1 trillion as all three countries struggle to remain within strict eurozone fiscal rules, while also having to impose harsh austerity measures on its citizens. 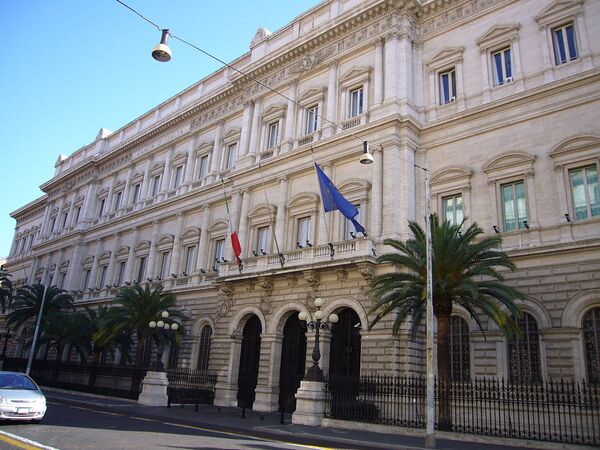 The issue is all the more complex for Italy, which is having to tackle its own banking crisis, as well as being at the heart of the migrant crisis, having borne the brunt — along with Greece — of the migrants arriving across the Aegean, West Balkan and Mediterranean routes.

The Banca d'Italia — Italy's central bank and part of the European system of central banks — now owes a record US$393 billion to the ECB — 22 percent of the country's GDP.