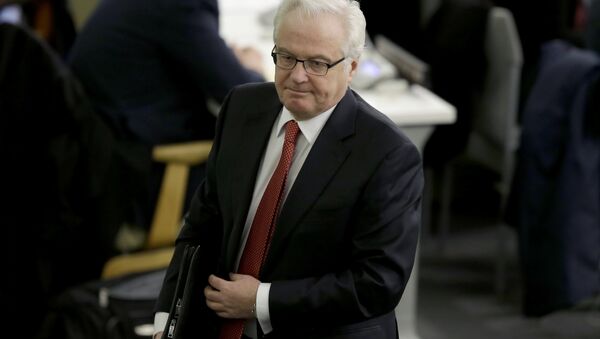 Churkin became ill while working in New York as Russia's ambassador to the UN, a post he had held since 2006.

IA President Vojin Pavlovic told Serbia's Tanjug news agency that a tribute to Churkin in Republika Srpska would be fitting, since his actions helped to ease tensions in Srebrenica and the wider region.

"As Russia's permanent representative to the UN, Churkin contributed to the peace and stability of Bosnia and Hercegovina, and his actions contributed to spreading the truth about the war in Bosnia and breaking the Western stereotypes that Serbs bear all the responsibility for the war and suffering," Pavlovic said.

In July 2015, on the 20th anniversary of the Srebrenica tragedy, Churkin's veto prevented the UN Security Council from approving a resolution that would have "aggravated the situation in the region," he told the UN. 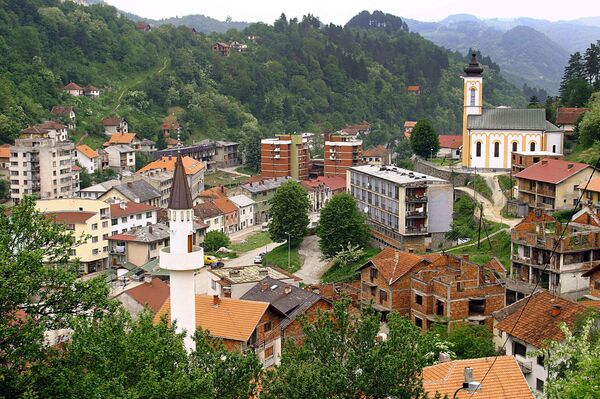 This March 2005 file photo shows a general view of the eastern Bosnian town of Srebrenica, with its mosque (L) and Orthodox church (R)
© AFP 2021 / STRINGER
The draft resolution was prepared by the UK, and described the tragedy at Srebrenica as "genocide."

The Russian Foreign Ministry stated that the document was politically motivated and unbalanced and "would have had a negative impact on national reconciliation in Bosnia and Herzegovina, as well as the Balkans as a whole."

"The resolution would place the blame for the tragedy exclusively on the Serbs, disregarding the fact that the Serbs were also victims in that tragedy," the Foreign Ministry stated.

"In the absence of consensus on this issue in Bosnia and Herzegovina itself; as is well known, the country's parliament could not reach a consensus, nor could members of the Presidency of Bosnia and Herzegovina, the adoption of this resolution at the UN Security Council in its current form would be an absolutely counterproductive step that would aggravate the situation in the region," Churkin told the Security Council, RIA Novosti reported.

"We are convinced that the role of the UN Security Council is to strengthen the foundations of international peace and security, not undermine them," he said.

Serbian President Thanks Putin for Russia's Stance on Srebrenica Massacre
On July 8 2015 ten members of the UN Security Council voted for the resolution, four countries (Angola, Venezuela, China and Nigeria) abstained and Russia vetoed the resolution, as a result of which it was not adopted.

The Eastern Alternative movement in Srebrenica has already submitted a request to the Municipal Assembly to find a suitable location for the memorial.

The party was founded in 2012 by Dragan Todorovic, former Serbian Minister of Construction, Transportation and Infrastructure who had been vice-president of Vojislav Seselj's right-wing Serbian Radical Party (SRS).