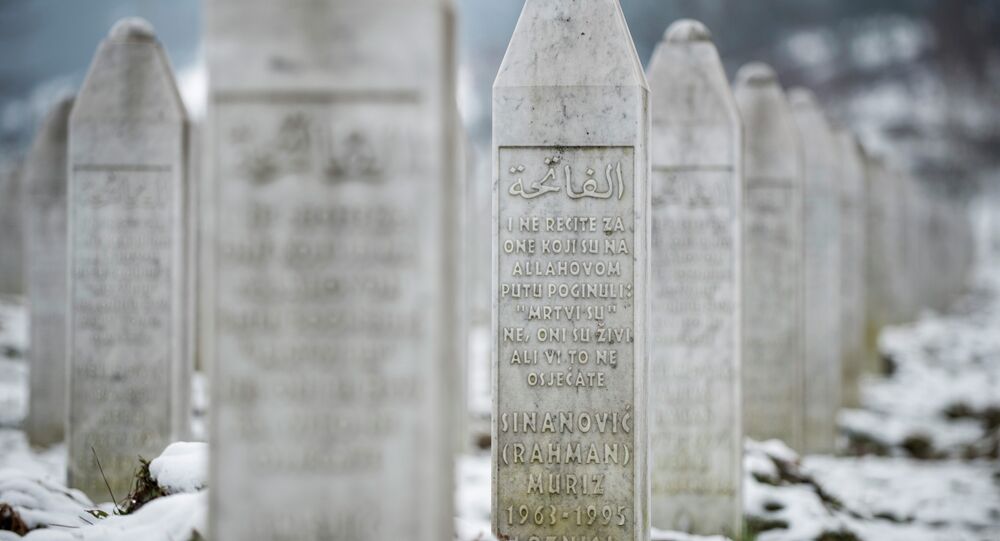 Russia vetoed a UN Security Council draft resolution on Wednesday that condemns the 1995 killings in the Bosnian town of Srebrenica as genocide.

© AP Photo / Amel Emric
Russia to Seek Compromise on UNSC Resolution on Srebrenica
UNITED NATIONS (Sputnik) — Ten of the Security Council's 15 members voted in favor of the document, while four, including China, abstained.

Earlier in June, Russian Foreign Minister Sergei Lavrov said that the British draft resolution was written in the anti-Serb tone and incorrectly interpreted, from a legal point of view, what had happened in Srebrenica.

© AP Photo / Pablo Martinez Monsivais
Voting on UN Resolution on Srebrenica Postponed
In July 1995, according to UN estimates, over 8,000 Muslim men and boys were killed in the Bosnian city of Srebrenica after the city had been taken by units of the Army of Republika Srpska.

International Criminal Tribunal for the former Yugoslavia (ICTY) and the International Court of Justice have classified the massacre in Srebrenica as genocide. Serbia and the Bosnian Serbs do not deny the crime, but do not refer to it as genocide.

"Today is a great day for Serbia, and Russia has shown and proved that it is a true friend," Serbian President Tomislav Nikolic said in a written statement.

The Serbian president also said that Serbians were to be punished not for allegedly committing genocide, but for not joining sanctions against Russia because of "respect for truth and justice" despite external pressure.

"The results of voting in the UN Security Council is a victory of Russian diplomacy. If the resolution was adopted, it could have had serious consequences for the Balkans. Not only Russia, but, perhaps, China understood that in the UN Security Council. The Republic of Srpska and Serbia very seriously followed the voting, as many believe that the resolution, if it was adopted, would be another step toward the creation of unitary Bosnia and Herzegovina. The proposal for the creation of an international commission to objectively investigate what happened in Srebrenica 20 years ago has become more relevant," Balkan expert Yelena Guskova told Sputnik.