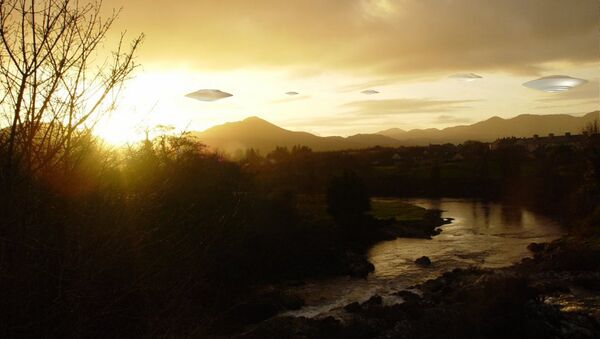 The CIA recently declassified a selection of documents, in total about 13 million pages. The release included more than mundane analytical reports, with the agency’s investigation into UFO sightings finally now revealed.

Arizona UFO Sighting Theories Reignited After Mystery Lights Appear
The CIA archives show that American spies were interested in UFO phenomenon not just inside the United States and Western Europe, but also sightings were being studied over the Himalaya Mountains.

In 1968, the CIA reported six cases of UFO sighting in the skies over the Indian region of Ladakh and Sikkim and over the countries of Bhutan and Nepal.

On February 19, 1968, a bright object moving at high speed was seen in the sky over the north-eastern Nepal and Sikkim in the north around 21:00 local time.

According to the document, the object was moving at a high speed; it had an elongated shape and was emitting rays of red and green light.

“A fast-moving object, long and thin, emitting red and green bright light, as bright as to cause day-light. Thunder sound heard after few seconds of sighting of object,” the document read.

On February 21, 1968, the CIA reported the observation of another UFO over the capital of Bhutan, Thimpu.

The document read that the object was moving, “East to West. However, since due east of Thimpu there is nothing but Indian Territory the direction of flight could well be from North-east to South-west, that is, from the direction of Tibet.”

On March 4, 1968, an unidentified object was seen moving from east to west near the Chang La pass. It flew over the base of the Indian Air Force, in the Fukche and Koyul areas.

The most interesting thing in this report is an observation that was made on March 25, 1968 in the Kaski district in north-west Nepal.

“A huge metallic disc-shaped object with a six-foot base and four feet in height was found in a crater at Baltichaur, five miles NE of Pokhara,” the report said. Another said, “One white light and simultaneously two blasting sounds were heard. Also, one reddish light followed by white smoke.”

The report further added that similar objects were found in Talakote and Turepasale region. 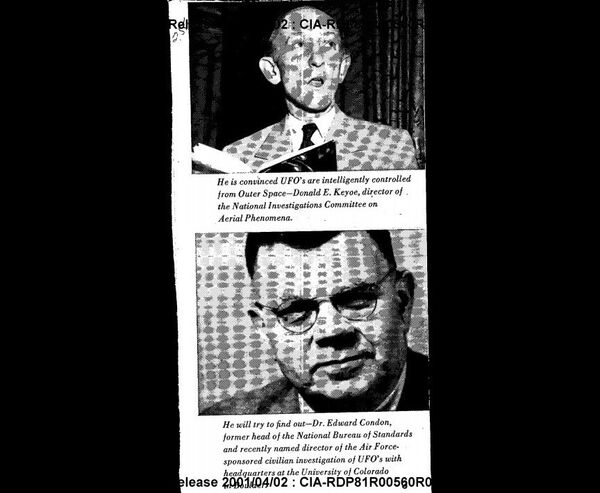 It was prepared for “controlled distribution” and was declassified in 2001. On its cover there is a photo of Donald E. Keyoe, director of the National Investigations Committee on Aerial Phenomena from 1957 to 1969 and a photo of the nuclear physicist Dr. Edward Condon, former head of the National Bureau of Standards.

From 2016, the CIA has regularly made public its internal secret documents related to UFO phenomenon. However, one of the documents reveals that at least 20% of declassified UFO-related papers have no scientific explanation.