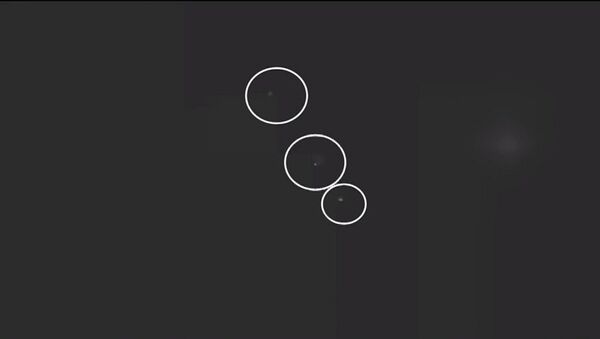 Strange lights spotted on New Year’s Eve over the town of Queen Creek, Arizona, may have been explained in an eyewitness report. The mysterious lights, which were speculated to be anything from fireworks to an alien invasion, were simply paper lanterns, according to the local woman’s explanation.

Julie Baumann, a consultant with marketing company Isagenix, said that she spotted three bright lights in the sky shortly before the beginning of the new year. "I just saw these three lights consecutively spaced out and they were close so it definitely caught my eye," Baumann told NBC 12. "They were moving slow. They didn't speed up or slow down."

The community came alive with jokes, theories, and debate over the nature of the lights. The most popular theory was, of course, a UFO. But Baumann, who took a video of the lights with her phone, believes it to be a far more mundane phenomenon. "We were looking at it, all of us and we were going 'OK, it's definitely just paper lanterns'… the other three [lights] were like a ball of light and the last one just looked like a plastic bag floating in the wind," she said.

While not everyone is satisfied by this explanation, Baumann is confident that her eyewitness account is accurate. "It draws that curiosity of what could it be and aliens and I know people want to believe what they want to believe… but I saw three lit paper bags and one unlit paper bag." 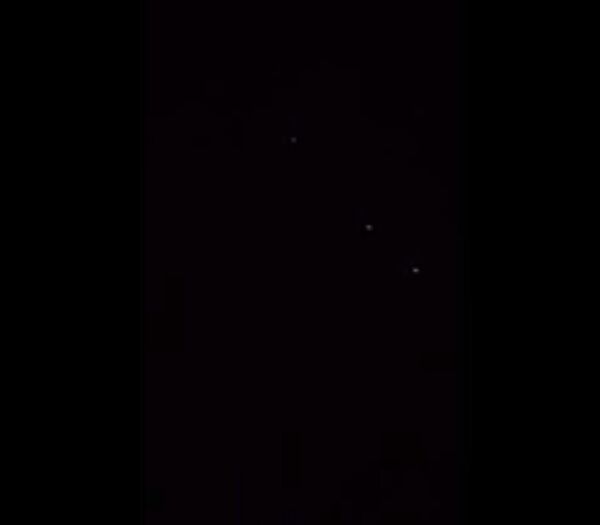 The reports from Queen Creek came just a day after a pair of Englishmen in the town of Exmouth, in Devon, claimed to have seen a "white object" in the sky that many labeled a UFO. Others said that it was an airplane contrail, dyed an unusual orange color by the setting sun. Three days before that, another report from England detailed a mysterious light over the city of Sheffield.

The Queen Creek lights were the second fourth-quarter 2016 UFO sighting in the town of 33,000. Streaks of light reported in late October were quickly described by locals as signs of alien life.