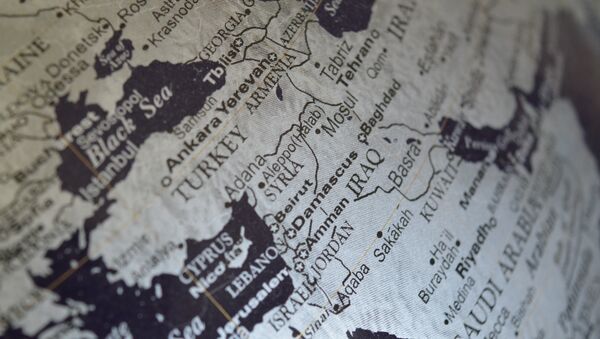 CC0 / Pixabay /
Subscribe
The UK must halt all arms exports to Iraq unless it can demonstrate it has reliable safeguards against weaponry ending up in the hands of government-supported Shia militias committing war crimes, Amnesty International has demanded.

The call follows the release of a report by the human rights organization, 'Iraq: Turning A Blind Eye,' which concludes paramilitary militias nominally operating as part of the Iraqi armed forces in the fight against Daesh (also known as ISIS/ISIL) are using arms from Iraqi military stockpiles provided by the UK and US, including tanks and artillery, automatic rifles, machine guns, handguns and sniper rifles.

​The militias, dubbed 'Popular Mobilization Units' (PMUs), have used these arms to carry out the abduction and execution of thousands of Iraqi citizens. In addition, Amnesty has uncovered evidence of PMUs committing extrajudicial executions, acts of torture and the wanton destruction of property.

The PMUs were established by the Iraqi government in mid-2014, although many of the groups have existed for far longer, such as Kata'ib Hizbullah, a group the US State Department has classified as a "foreign terrorist organization" since 2009. While not official divisions of the Iraqi armed forces, they receive arms and salaries from Iraqi authorities, and have supported Iraqi troops in battle and controlled checkpoints. 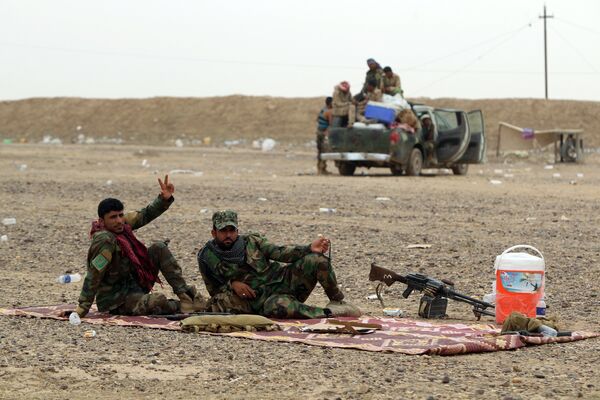 Iraqi Shiite fighters from the Popular Mobilization units rest on the Tharthar frontline on the edge of Anbar province, 120 kms northwest of Baghdad, on June 1, 2015.
© AFP 2021 / AHMAD AL-RUBAYE

Who do you think holds more power in Iraq? A Prime Minister or a Militia leader?
Only in Iraq, its the latter.. https://t.co/QGrMDA4smj

​The Iraqi armed forces' often haphazard and shoddy weapons tracking systems make it very difficult to trace where arms transfers go once they make it to Iraq. This, coupled with the fluid nature of the conflict, means that weapons frequently get captured or diverted to armed groups or militias currently active in both Iraq and Syria.

In a statement, Amnesty International UK's arms control director Oliver Sprague said the UK-supplied munitions were enabling a "reign of terror" the PMUs:

"The UK must urgently spell out what measures it has in place to make sure weapons it sends to Iraq don't end up in the hands of abusive militias. UK ministers like to talk about how their support for the Iraqi forces is taking the fight to ISIS, but they're silent on the multiple atrocities committed by the militias. How can we be sure that the weapons we send to Baghdad aren't being used to kill civilians in and around Mosul?"

In September 2016, Amnesty requested information from the Iraqi Ministry of Defenae on the authorities' supply of weapons and military assistance to PMU militias and on existing accountability mechanisms. As of January 5, their request has not been answered.

In December, Amnesty published another report, 'Taking Stock: The Arming of Islamic State.' It demonstrated that decades of poorly-regulated arms flows into Iraq as well as lax controls on the ground provided Daesh with the necessary arsenal to crimes against humanity on a massive scale during its 'occupation' of Iraq and Syria.