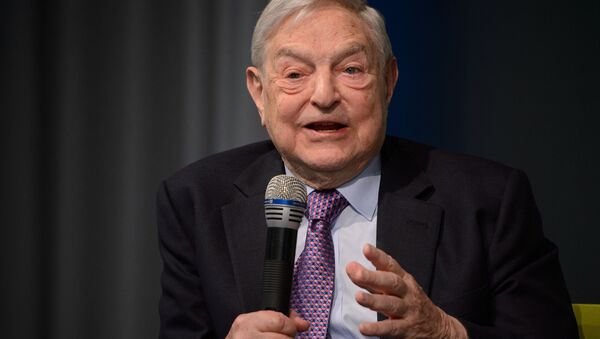 Citing documents obtained by Politico.com US author and journalist Kenneth P. Vogel called attention to the fact that the meeting was sponsored by the influential Democracy Alliance donor club and brought together "leaders of most leading unions and liberal groups, as well as darlings of the left such as House Democratic leader Nancy Pelosi, Sen. Elizabeth Warren and Congressional Progressive Caucus co-chairman Keith Ellison."

According to the journalist, the conference, which followed the "shocking victory" of Republican presidential nominee Donald Trump, was aimed at working out a plan to resist economic and political changes which are due to be introduced by the US President-elect.

In other words, the "liberals plan full-on trench warfare against Trump from Day One," Vogel suggested.

Donald Trump: Hyper-Competitive 'Alpha Male' Who 'Fixes Things'
The journalist quoted Gara LaMarche, the president of the Democracy Alliance (DA), who highlighted that the meeting would start the process of assessing "what steps we will take together to resist the assaults that are coming and take back power, beginning in the states in 2017 and 2018."

On November 17 the journalist signaled that "the process" was gaining pace.

Vogel reported that David Brock, founder of liberal media watchdog group Media Matters for America and Clinton's longstanding loyalist, "emailed more than 200 of the biggest donors on the left," including George Soros.

Brock offered the magnates to join a series of gatherings to discuss "the next steps for progressives under a Trump Administration," the journalist noted, quoting emails obtained by Politico.com.

"What better way to spend the inaugural weekend than talking about how to kick Donald Trump's ass?" Brock remarked, as cited by the US journalist. 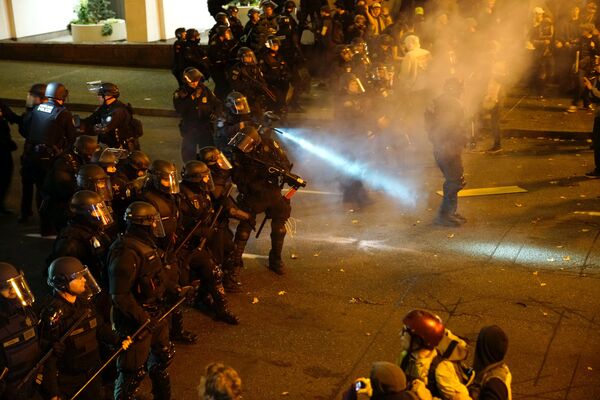 A police officer sprays the crowd with an irritant during a protest against the election of Republican Donald Trump as President of the United States in Portland, Oregon, U.S. November 12, 2016.
© REUTERS / William Gagan

Commenting on the issue in his article for New Eastern Outlook Martin Berger, an independent journalist and geopolitical analyst, sees these developments as signaling a "veritable war against Trump."

This is Why Trump's Victory Can be Traced Back to Obama
Berger pointed out that it is no secret that George Soros has had a hand in anti-Trump demonstrations which had erupted following Trump's victory.

For instance, one of the groups behind the protest movement, MoveOn.org, could have been funded by Soros, as one of the Podesta files released by Wikileaks indicates.

Meanwhile on the other side of the Atlantic a strikingly similar situation is unfolding.

According to the German politician the US "war establishment" which has long supported Hillary Clinton, is seeking to thwart Trump's potential foreign policy shift away from perpetual wars.

Following Clinton's defeat the "war establishment" has pinned its hopes on Angela Merkel, he noted, as a "bulwark" against Donald Trump in Europe.

"So far, Mrs. Merkel would be given a role of the 'last resistance fighter against newly elected American President Trump'," Wimmer pointed out.

"We are dealing with a sort of international 'collective policy' pursued by Democrats together with the 'war establishment' of Democrats and Republicans in Washington. So, there is a certain role offered to Mrs. Merkel. If one remembers what Merkel said last week regarding the US presidential election, one will see that she is willing to play this role," he underscored.

"If I were sitting in Washington I would probably think that there is a conspiracy brewing against me," the German politician noted, referring to Soros' recent gathering described by Vogel.