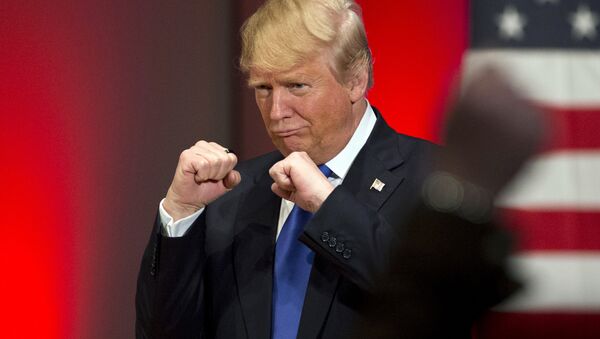 The victory of Donald Trump has caught many by surprise. What kind of person is the newly elected American president? According to Gwenda Blair, US author and Trump's biographer, Trump is polite, professional, very individually minded and hyper competitive.

Americans used to see Donald Trump "as the guy in charge who fixes things" Gwenda Blair, a US journalist and author of "The Trumps: Three Generations of Builders and a Presidential Candidate" highlighted in her interview with Radio Sputnik.

So, what kind of person is Trump?

"He was very polite, professional, not particularly interested in introspection," Blair, who met Trump while writing his life story, told Radio Sputnik.

"He is someone who is very individually minded," she continued, "Who speaks about America first, who wants to be first in line, who's very much for a market economy, who would perhaps be the guy. Somebody who's very shrewd about competition."

Trumponomics: ‘Shock Therapy’ for US Economy?
According to Bair, Trump can be even called "hyper competitive." The journalist remarked that those who followed the US presidential campaign couldn't fail to notice it.

"[He is] spending his entire life, being able to size up his rivals and find some little points of give and to go for it. We saw it during the campaign here and I think we are going to see that on the world stage. He's very sharp, very quick on that," she underscored.

Likewise, Blair's book about the Trumps is a story of a fierce competition and brilliant success.

"My book was about Donald, his father and his grandfather," Blair said, "His grandfather emigrated here from Germany in 1885. And the book was published in 2000. So it gave the readers a very interesting picture of a century of American capitalism. And three men, who in their different times, different places, different eras, really were able to see their target market and market to it extremely successfully as we've seen most recently with Donald."

Although polls predicted a solid Hillary Clinton victory over her political opponent, Trump has eventually come out on top. His astounding victory has caught many by surprise. 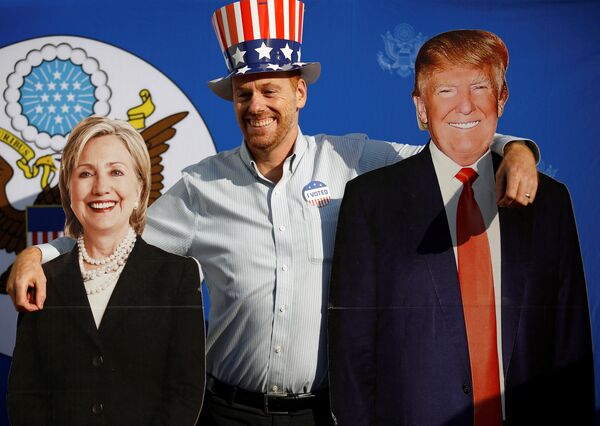 A man poses for a picture with the cardboard cutouts of US presidential nominees Hillary Clinton (L) and Donald Trump, at an election event hosted at the US ambassador's residence in Kathmandu, Nepal November 9, 2016.
© REUTERS / Navesh Chitrakar

What lies at the root of Trump's success?

Blair believes that Trump "saw an opportunity in an electorate who were very unhappy with the status quo, who were very receptive to a message that Washington is broken, that the elite establishment that's responsible for how things are now is at the very least irresponsible, probably criminal and probably corrupt."

'Quiet Horror!': South Koreans on Trump’s Victory
In this context the only way to sort things out is to get someone in from the outside, she explained.

"It's a kind of romance with disruption, with the idea, that you will turn it all over upside down and get rid of the bad people and keep the good people. And that's a very complicated process of sorting out who's who," Blair noted.

The journalist called attention to the fact that the Trumps have made much of their fortune due to their ability to use government programs, sometimes jumping at opportunities to exploit loopholes to create their wealth.

"Donald Trump himself has made, his father before him, and Trump now, much of their fortune due to their being able to use government programs, very creatively, pushing the tax code to absolute limits in order to escape taxes, losing money, other people's money, and then being able write that loss against his own future income in the next 20 years on an extraordinary level," she pointed out.

"Is that brilliant, unpatriotic — however people might characterize that — it certainly was a successful tactic," Blair noted.

Trump's Triumph to Increase Pressure on NATO Allies' Military Budgets – Minister
That means Trump knows the system well and can fix it. And Trump's other message was that he could get rid of the establishment that is keeping the American electorate from what it deserved, she added.

"Nobody knows the system better than me, which is why I alone can fix it," Trump told the audience at the Republican National Convention in Cleveland this July.

"The problems we face now — poverty and violence at home, war and destruction abroad — will last only as long as we continue relying on the same politicians who created them in the first place," then Republican presidential nominee Donald Trump emphasized.

"He is an alpha male, he is used to being in charge and he takes that role and people responded that they want somebody to fix things," Blair underscored.