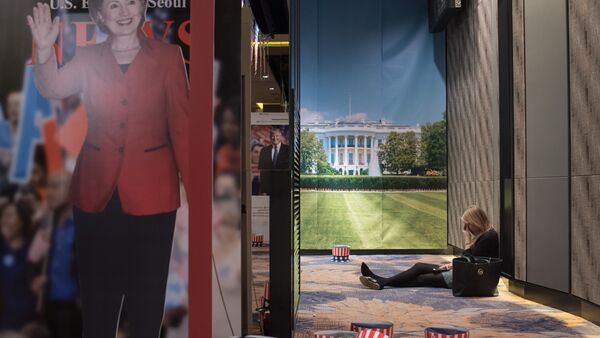 © AFP 2023 / Ed JONES
Subscribe
International
India
Africa
When it began to look like Republican Party candidate Donald Trump’s victory in the US presidential elections was guaranteed, popular S Korean bloggers and mass media started to flood the Internet with posts, the main gist of which can be conveyed with just one word: ‘shock’.

“First Brexit, then the US too!” S Korean newspaper Hankook Ilbo posted to its account as a comment to the New York Times forecast putting Trump’s chances of winning above 95%.

“Trump’s epoch came. The danger of ‘right-wing deviation’ all over the world will only grow from now on, ” South Korean progressivists’ bulletin The Hankyoreh newspaper wrote.

“Obviously, it’s just like with South Korea: you will never understand before you try it. It is collapse of representative democracy,” said the famous S Korean actor and civic activist Moon Sung-keun, expressing his disappointment. 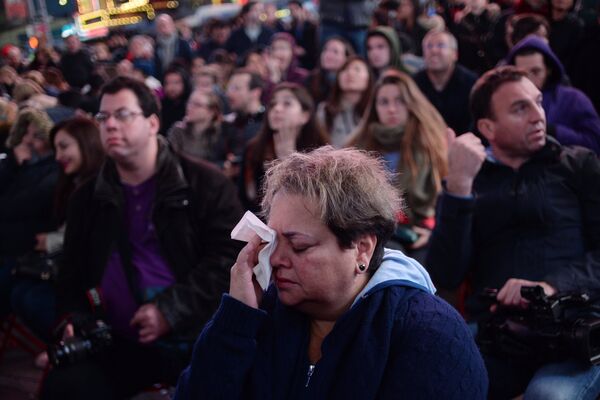 Most of the social media posts expressed the public's dismay at the result of the US elections. They said they failed to understand America's choice.

“It’s all populism only”; “S Korean working class once voted for Park Guen-hye and Lee Myung-bak too,” they wrote, drawing parallels between Donald Trump’s upcoming presidency and the conservatives’ time in power in S Korea.

Some even compared Trump to Hitler or Park Guen-hye, calling him a “racist” and “porn-politician,” and speaking about “the weakness of democracy in the face of an ignorant crowd.” They generally complained about how “regretful” it is, and called the elections “a failure.”

At the same time, many S Koreans have no idea of how American-Korean relations currently stand, and do not care much about their future.

“We know a lot about Hillary. And although we don’t know if she would make a preferable candidate for South Korea, still she is better than a man who has been convicted of sexual harassment,” a team member of one of S Korea’s largest internet-portals wrote. 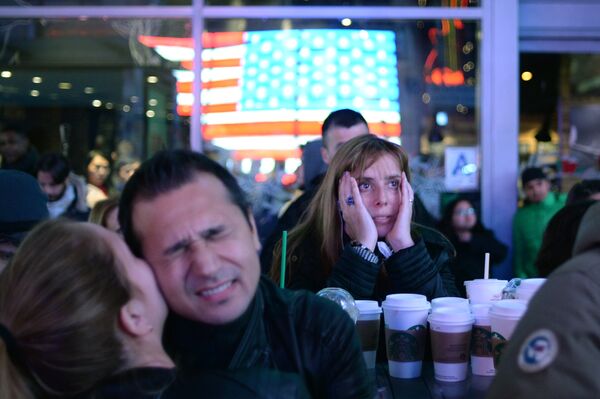 “The problem with Trump is that his victory could cause the S Korean stock market to collapse. I have seen many messages on that in the press. But frankly speaking, I don’t understand at all how these things can be connected,” a S Korean private stockbroker told Sputnik Korea.

“Trump spoke evil of everybody but US citizens. Besides, if he is elected, the won exchange rate will definitely collapse and we will not have enough money to live on. That’s why it would be better for students if Clinton won,” one student from S Korea studying in the USA wrote.

Americans Not Fooled by 'Campaign Tricks', They're 'Tired and Ready for Changes'

However, there is an alternative view which suggests that the 2016 elections were a choice not between ‘the left’ and ‘the right’ but between the power brokers and the outsiders.

“Trump’s victory in the USA, Brexit, far-right parties in France are all the result of common workers and masses turning their back on institutionalized progressive forces and trade unions,” Chairman of the Popular Front, the largest South Korean Association of Democratic Trade Unions, wrote.

However his opinion was drowned in  waves of shock and outrage expressed by most S Koreans about America's “wrong” choice.