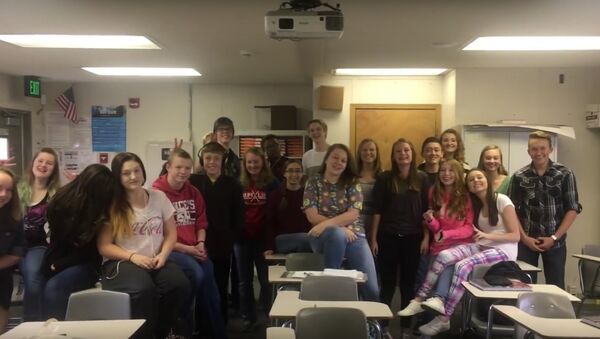 A high-school student who moved from Japan to the USA faked a Japanese accent for his entire sophomore year ‘just for lulz’.

Kei Simmons, 16, who is half-Japanese moved from Japan to Colorado and went to high school there about one and a half years ago. Like most teenagers he finds everyday life a little boring, and in order to make it interesting he decided to pretend that he hardly spoke English.

“I thought it would be funny to fake a Japanese accent and change my name to Happy,” he said in a YouTube video.

Simmons documented his experiences in his YouTube series called ‘Happy’s School Days’. The Japanese accent let the boy to get away with such things as calling his teachers by their first names and asking what tampons are in front of his entire class.

About two weeks after the beginning of his ‘social experiment’ Kei posted his first video documenting it. However, he continued his gag through the year and all the classmates and teachers who saw him every day had no idea.

Finally, Simmons revealed his prank, leaving most of the people speechless and in utter shock.