Merkel's House of Cards Collapsing as Allies Fear Being Out-Trumped 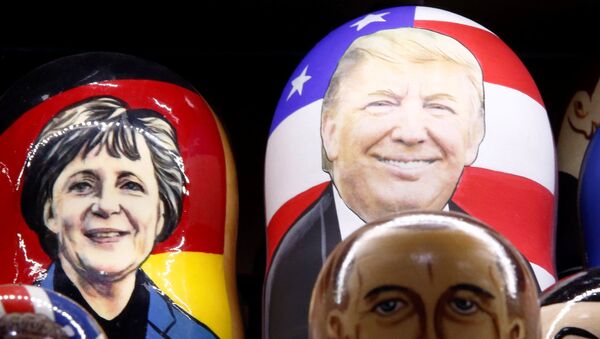 © REUTERS / Sergei Karpukhin
Subscribe
International
India
Africa
German Chancellor Angela Merkel is facing going into next year's federal elections - seeking her fourth term - without the backing of her sister party of decades and other allies keen to distance themselves from her "establishment" credentials, following Donald Trump's victory in the US.

Merkel is already facing an uphill battle ahead of next year's election, having drawn severe criticism within her own country and abroad over her generous 'open doors' policy to refugees, which saw more than a million asylum seekers flood across Europe to seek a new life in Germany.

The German Chancellor heads the center-right Christian Democratic Union of Germany (CDU), which campaigns and fields candidates across all Germany except Bavaria, where her sister party, the Christian Social Union (CSU) — led by Horst Seehofer — hold sway.

She first drew the ire of Seehofer towards the end of 2015, when he railed against her inability to get to grips with the increasing burden that arriving migrants were having on German federal state budgets and resources — not least his, with Bavaria — in the south of Germany — bearing the brunt of arriving migrants. 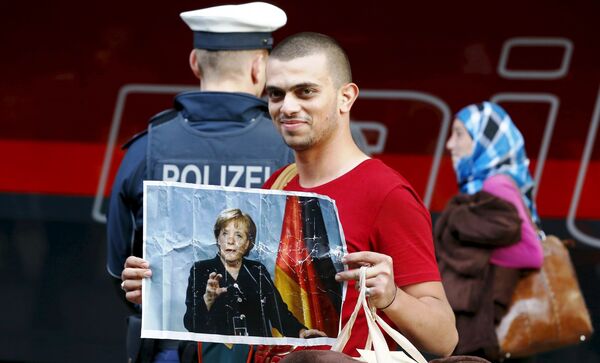 A migrant holds a picture of German Chancellor Angela Merkel after arriving to the main railway station in Munich, Germany, in this September 5, 2015.
© REUTERS / Michael Dalder

Her party lost ground in the 2016 regional elections, with Merkel doing particularly badly in her own state of Mecklenburg-Vorpommern, where her party was beaten into third place with 19 percent, overtaken by the populist right-wing Alternative for Germany (AfD) party, which won 20.8 percent of the vote, coming second to the Social Democratic Party of Germany (SPD) which won 30.6 percent of the vote. The SPD is in coalition with the CDU/CSU alliance.

However, both the CSU and the SPD are seeking to distance themselves from Merkel ahead of next year's elections. Both see her as "baggage" dragging down their own constituencies.

The Donald Trump victory, however, has dealt Merkel another bum hand. Both the Brexit vote — to leave the European Union — and the Trump victory are being seen as a populist backlash against the establishment, the political elite and those that have enjoyed power too long.

The staggering rise of the right-wing populist Alternative for Germany party (AfD) in Germany, as well as the National Democratic Party of Germany (NPD) has rocked the traditional political landscape in Berlin. Now even her allies are collecting their chips and walking away from her table. 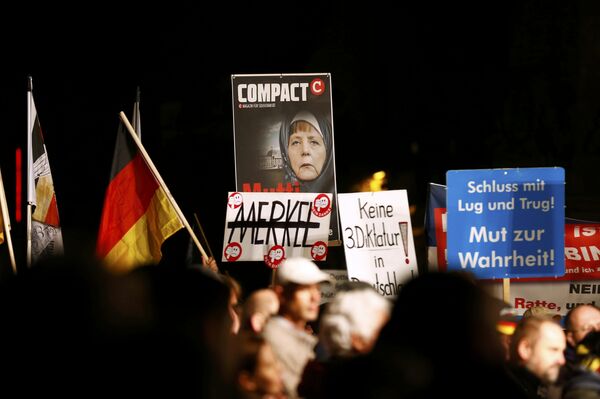 "If all the parties are in the middle circle, then this is does not answer the questions of the citizens," he said.

His fear is that the traditional ticket — going into German federal elections — of the CDU/CSU union, plus the SPD and other parties going into battle is no longer fit for purpose within a new atmosphere of citizen backlash — as shown by Brexit and Trump's election. 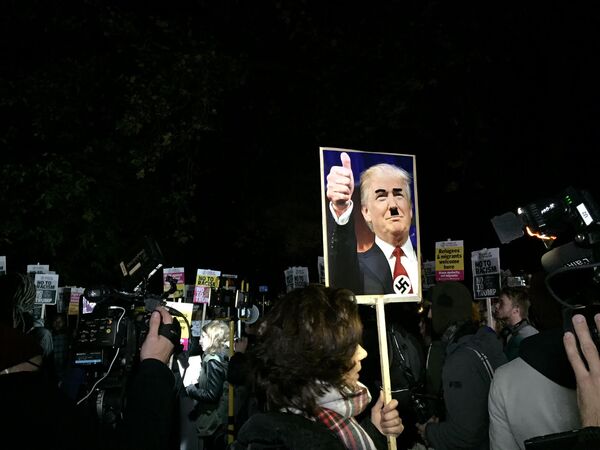 Anti-Trump anti-racism protest outside the US Embassy in London, November 9, 2016.
© Sputnik / Vin Sharma

Federal spokesman for AfD, Jorg Meuthen encapsulated the mood when he said:

"Just like the AfD in Germany, [Trump] understood the people's worries and needs, and pressed the grievances of the establishment clearly and courageously."