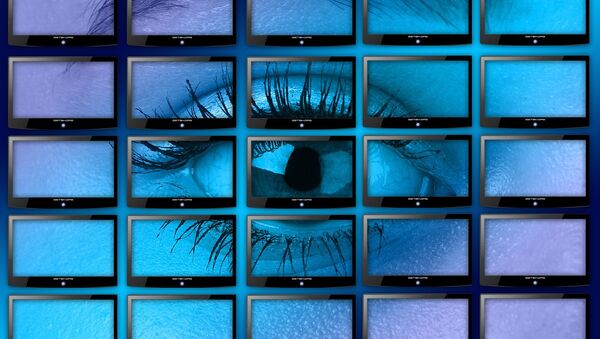 © Photo : Pixabay
Subscribe
Word of warning to all the deceptive-types that live amongst us. Tech has advanced a little further from the comparatively primitive polygraph devices invented over 100 years ago, monitoring pulse rates or sweat glands to detect when someone may be lying. Deception, however, can now - literally - be spotted in the eye of its beholder.

EyeDetect is one of many latest "deception detection" products, that although has been developed for some time, has been fine-tuned by the team of scientists and polygraph experts, as well as business professionals all operating under the umbrella company name Converus.

The innovative technology is defined by the company as a viable, complementary method to the polygraph for both business and government applications, and very much like the sales strategy adopted by burglar alarm system companies around the world, it is taking an opportunistic drive at marketing its benefits in a number of fear-inducing areas of society.

Following on from US presidential candidate Donald Trump advocating "extreme vetting" of those who want to enter the US, as well as the concerns in wider Europe, Converus feels they provide a good solution with their EyeDetect screening tool.

"It's not so much that we need 'extreme vetting,' as Trump wants," Converus President and CEO Todd Mickelsen states on the company website.

"What we really need is an efficient, accurate, humane, and nondiscriminatory method for vetting anyone. We need to take care of those displaced from their homes, while at the same time not compromising the security of the country that they are traveling into," he adds.

The company technology is said to be nonintrusive and doesn't rely on any form of documentation from the person being tested or any previous background checks at all. The EyeDetect testing procedure simply takes upto 30 minutes and requires for a number of questions to be posed to the individual being tested along the lines of: "Have you committed any acts of terrorism?" or "Do you have ties to ISIS [Daesh], al Qaeda or any other terrorist organizations?" — pretty standard for the kind of questioning that currently takes place without the eye technology analysis.

Another target area EyeDetect is marketing itself as a solution is in areas demanding stricter recruitment vetting, in particularly in the police and armed forces, for example.

Moral panics and scrutiny of police departments in the US is certainly something that has diverted attention to the tech to enhance screening methods by posing existing question responses during assessment and adding analysis of physiological indicators such as pupil dilation, blink rates and other subtle eye movements for detecting any deception.

"EyeDetect can uncover if a job candidate has committed fraud, been dishonest, used drugs, accepted bribes, lied on his job application, established terrorist ties, or engaged in other unlawful or unethical behaviors."

Mickelsen says that due to the cost and minimal availability of polygraph examiners, some police departments turned to Voice Stress Analyzer (VSA) as a tool for vetting candidates.

Field tests show EyeDetect is upto 85 percent accurate, which Mickelsen says makes it one of the most accurate screening test solutions of this kind available.

Sounds great in theory and if it works then all the better. But a helpful word of advice to the social media team at Converus however, who may wish to redefine their visual representation of "terrorism," a great example of their sales strategy relying on distorted public fears:

Scientist says we need this #technology as risk in society increases https://t.co/2Lim0ZOpvP pic.twitter.com/Zi6gUg1Lou

Now, just think of the wider scope — a range of new reality TV concepts — "Lie Testing the Politician" or "Celebrity Deception Detectives" as some working title examples and in an ideal world, presented by the real-life Human Lie Detector Darren Stanton.