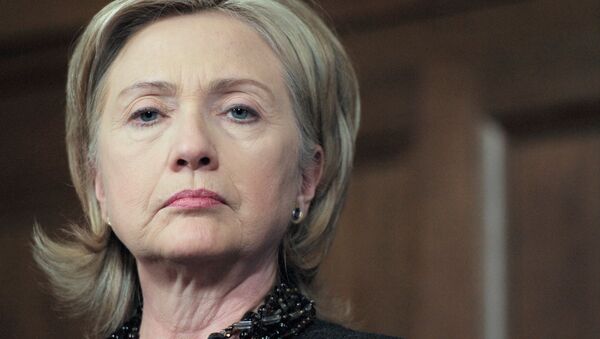 Pepe Escobar
All materials
It all starts with a Wahhabi-Zionist lovefest.

The Saudi Foreign Ministry was forced to go on a non-denial denial overdrive about a visit to Israel on July 22 by a delegation led by retired Gen. Anwar Eshki.

There’s absolutely no way the House of Saud would not have given a green light for such a visit – and such high-level meetings. By the way, the Interior Ministry in Saudi Arabia bans all travel to Israel – as well as Iran and Iraq.

So what’s the big deal? The Israelis spun it as the Saudis – fronting for the Arab League — offering a normalization of ties with the Arab world without Israel abdicating from anything on the Palestinian front. The only thing Tel Aviv would have to do, much later, is to adopt the 2002, Saudi-proposed Arab peace initiative.

Survey Says: Saudis Consider Iran a Greater Threat Than Israel, ISIL
That’s nonsense. For starters, the ultra right-wing Zionists in power in Tel Aviv will never accept reverting to the pre-1967 borders and recognizing the state of Palestine. What was “discussed” was a non-deal, even as Tel Aviv gloats, “important Arab states are willing to openly embrace us even though we have not given up one inch of the West Bank and even as we continue to control Al-Aqsa Mosque.”

If the Arab League would ever embark in such a blatant non-deal, forever throwing the Palestinians under myriad bulldozers, chances are oligarchies/petromonarchies all across the spectrum should start booking that one-way ticket to London.

Both Bibi Netanyahu in Tel Aviv and de facto House of Saud ruler and Prince of War Mohammad bin Salman in Riyadh have been reduced, under the Obama administration, to the status of proverbial, euphemistic “estranged allies”. Between them, they are de facto allies – even as they cannot admit it to the Arab street. Both are dead sure, under the Queen of War, there will be – what else – war. The question is against whom.

Informed speculation points towards the Saudi/Israeli common enemy, Iran. That’s complicated. The joint Saudi/Israeli strategy across the Middle East is indeed in tatters. Tehran has not been trapped in a quagmire neither in Syria nor in Iraq. ISIS/ISIL/Daesh and assorted “moderate rebels” – covertly supported by the Saudi/Israeli axis — are on the run, even if they insist they are not “al-Qaeda” anymore.  Prince of War bin Salman is entrapped himself in an unwinnable war on Yemen.

And then there’s the spectacular post-coup pivot by Sultan Erdogan in Turkey – for all practical purposes abandoning those elaborate no-fly-zone dreams of annexing a post-Assad Syria to his neo-Ottoman set up.

The House of Saud is livid as Turkish diplomats have started to spread this blockbuster news: Erdogan has proposed to Iran’s Rouhani an all-embracing alliance with President Putin to finally solve the Middle East riddle.

Shadows of UAE, Riyadh Emerge Behind Failed Coup in Turkey
Whatever erratic Erdogan’s agenda may be, a possible ice-breaking new deal between Moscow and Ankara will be discussed de facto in the upcoming Putin-Erdogan face-to-face meeting. All geopolitical signs at this stage point – albeit tentatively – towards a revived Russia/Iran/Turkey alliance, even as a horrified House of Saud is going no holds barred to gain Moscow’s trust by offering “untold wealth” and privileged access to the GCC market.

As confirmed by a top Western intel source, “the Saudis are definitely keeping all contacts open with the Kremlin. The Saudi King is in Tangiers now and has met Russian envoys there. They mean what they say. But Putin will not abandon Assad. There has to be a compromise. Both need it.”

President Putin is in a privileged spot. Even without accepting the Saudi offer – which is just a promise, with no ironclad guarantees – Russia holds the best cards, as in a quite problematic but ultimately feasible Moscow-Tehran-Ankara alliance that is all about Eurasian integration (and a future seat for Turkey, alongside Iran, in the Shanghai Cooperation Organization, SCO.)

A Saudi-Moscow alliance for its part would inevitably lead a Queen of War administration towards – what else — regime change in Riyadh disguised as R2P; “responsibility to protect” the Saudi populace. One should expect Hillary crony Samantha Power to vehemently defend it at the UN.

It’s all about The Three Harpies

Hillary Clinton Behind $400Mln Ransom to Iran for Release of 4 Citizens - Trump
Yet considering the Queen of War’s instincts, all signs do point towards Iran.

The manual/blueprint/road map for Hillary’s wars is arguably here, in this very dangerous intersection between US neocons and neoliberalcons. The CNAS think tank is led by one-third (Michele Flournoy) of what I have dubbed The Three Harpies; Hillary Clinton, Flournoy and – the most terrifying words in the English language – Secretary of State Victoria Nuland, the possible lethal trio in charge of foreign policy under a Clinton Three administration.

This is in fact PNAC (the Project for a New American Century) on steroids, with echoes of the warlike 1992 US Defense Planning Guidance disguised under the soothing rhetoric of benevolent hegemony and “rules-based international order”. If the Trump campaign managed to restrain his motormouth and/or motortweet instincts and focus on what this warmongering opus means for the US and the world at large they would strike a chord with millions of undecided US voters.

In Syria, on the other hand, by January 2017 al-Qaeda/not al-Qaeda goons formerly known as “moderate rebels” will be mostly six feet under.

Erdogan Wants to 'Smash NATO Secret Army' Allegedly Involved in Attempted Coup
Erdogan may be making NATO’s life in Turkey unbearable. As the Queen of War is in AIPAC’s pocket, and considering the Clinton Foundation’s by now legendary cozy ties with the House of Saud, the war target would have to be the Saudi/Israeli preferred target, on top of it pro-Damascus and in close touch with both Ankara and Moscow: Iran.

But how to pull it off? One avenue, already being explored, is to bomb by all means — and not figuratively — the Iran nuclear deal. A concerted campaign in US mainstream media is already burying the deal; and even Supreme Leader Ayatollah Khamenei – as reported in the US – is on the record saying Washington cannot be trusted; ‘‘They tell us ‘Let’s talk about regional issues, too.’ But the experience of the nuclear deal suggests this is deadly poison and in no way can the Americans be trusted.’’

So expect from Team Clinton the proverbial media barrage of dodgy spin, baseless accusations and the occasional, perfectly positioned false flag to lure Tehran intro a trap, like, for instance, in neoliberalcon wishful thinking, Iran reviving its nuclear program. Of course this won’t happen, but a Hellfire barrage of disinformation will be used by the powerful anti-Iran lobby in the US Congress to sort of make it happen, even as an illusion.

And all this while Iran, among other development matters, is busy planning a new transportation corridor from the Persian Gulf to the Black Sea, connecting to Armenia, Georgia and Bulgaria, and positioning the nation as a key trade hub connecting the Arab world in the south and west; Central Asia in the north; and Afghanistan and Pakistan in the east, all the way to Europe. Once again, Eurasian integration on the move.