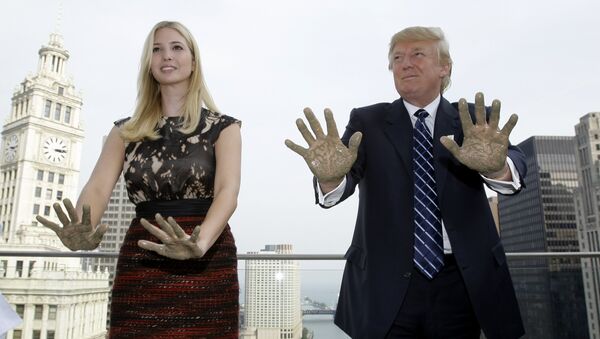 © AP Photo / Charles Rex Arbogast
Subscribe
International
India
Africa
A Liberal US documentary filmmaker not so fond of the bombastic billionaire’s divisive presidential candidacy had some interesting things to say in an interview that took a strange turn.

An interview with the Daily Beast, acclaimed documentary filmmaker Ken Burns veered off subject from promoting the SundanceNow Doc Club collection his movies to leveling a series of stinging critiques of Donald Trump both as a candidate and a human being.

On the topic of Burn’s film "The Central Park Five" about five black teens who were wrongly convicted of assaulting a white woman in New York City, Burns recalled how Trump responded at the time.

"He shamefully took out a full-page ad in all of the New York dailies asking for a restoration of the death penalty for two 14-year old, two 15-year-old, and one 16-year-old innocent children," said Burns. "While New York State laws would not have permitted their execution, just the fact that there was a rush to judgment ought to be complete evidence of how temperamentally unsuited he is for the office he now seeks."

The teens were ultimately exonerated and received a $41 million settlement from the city for the wrongful punishment they endured, a rare act of justice in the American criminal system that Donald Trump went on to criticize. In Burns opinion, Donald Trump’s fervor against the five vindicated children who were accused of that heinous crime was predicated solely on race.

"Of course it was [racially motivated]. I found no outrage at the ‘preppie killer,’” said Burns. “The problem was that the initial idea of the crime was that there were these 'wilding' black youths – a wolf pack – that attacked this innocent blond woman, and there’s always been the primal fear of African Americans as they tolerated slavery and then tolerated Jim Crow."

He also went off on the effectiveness at which Donald Trump, in his view, disseminates messages of hate using social media outlets such as Twitter.

"An amoral internet permits a lie to travel around the world three times before the truth can get started, and we live in a place where lying is OK – where a lassitude develops where it doesn’t matter what the truth is – and that’s how it’s possible for someone like him to have advanced who is so clearly temperamentally unsuited and has no idea about governing," said Burns.

"The Republican Party has been extraordinarily successful at getting many groups of people to vote against their self-interest," he continued. "Evangelicals are voting for Donald Trump. What part of Donald Trump reminds you of Jesus Christ? Trump lusts after his own daughter on national radio, talks about women’s bodies and breasts in such a disparaging way, and mocks them. How is this in any way Christian? When you make the 'other' the enemy, how is that Christian."

Burns’ comments regarding Trump’s sexual infatuation for his daughter Ivanka trace back to remarks by the billionaire real estate tycoon and reality television star made during a 2016 interview.

"I don’t think Ivanka would do that [pose for nude photographs] inside the magazine [Playboy]. Although, she does have a very nice figure. I’ve said that if Ivanka weren’t my daughter, perhaps, I would be dating her," said Trump.