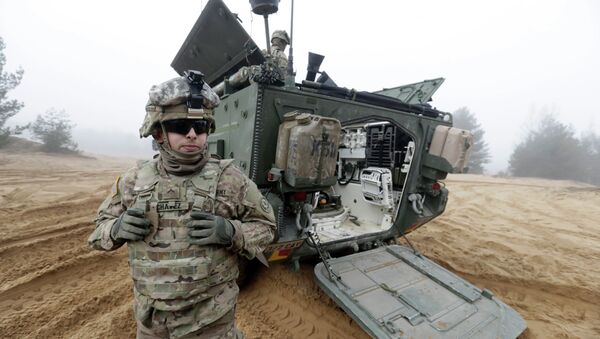 By beefing up its military presence in the Baltic States and Poland in close proximity to Russia's borders NATO is definitely asking for trouble, US scholar Ted Galen Carpenter notes, characterizing Washington's policy course toward Moscow as "a tragic accident waiting to happen."

"Smart great powers" should demonstrate a decent respect for the spheres of influence and security zones of other great powers, Ted Galen Carpenter of the Cato Institute writes, commenting on NATO's decision to deploy four battalions of troops to the Baltic States and Poland — near Russia's borders.

"Western, especially US, leaders steadfastly refuse to concede Moscow even a limited sphere of influence or security zone along its borders," Carpenter writes in his latest article for the National Interest, stressing that it has been "a bipartisan view in American policy circles."

Anaconda-2016 Drills Aim to Justify US Military Spending
According to Carpenter, both Condoleezza Rice, a Secretary of State under George W. Bush, and John Kerry, Barack Obama's Secretary of State, accused Russia of taking military action against its neighbors and "rejected even the theoretical legitimacy of a sphere of influence."

Indeed, while Rice was lambasting Moscow for its "aggression" against Georgia, Kerry points the finger of blame at Russia for what he calls the "annexation" of Crimea.

However, Carpenter failed to clarify, that it was then Georgian president Mikheil Saakashvili who unilaterally unleashed war against South Ossetia and Abkhazia and treacherously attacked Russian peacekeepers.

As for Crimea, it is well documented that the peninsula reunited with Russia following a democratic referendum, held in full accordance with international law. 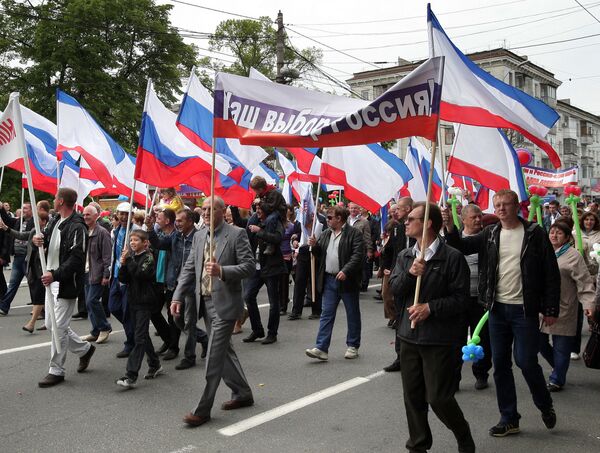 Participants of the May Day demonstration in Crimea's Simferopol with a poster "Our choice - Russia". file photo
© Sputnik / Taras Litvinenko
/
Go to the photo bank

Still, the scholar argues "Russia had much stronger security justifications for its actions," than "NATO's earlier forcible detachment of Kosovo from Serbia or NATO-member Turkey's detachment of northern Cyprus from the government of that country."

If one looked back in time, one would find out that Georgia, Ukraine and the Baltic States had been under Moscow's control for centuries before the collapse of the Soviet Union.

Moreover, Crimea had been part of Russia since 1783. Only in 1954 was the peninsula "gifted" to Ukraine by adventurous Soviet leader Nikita Khrushchev, the one who ordered a deployment of nuclear missiles to Cuba back in 1962.

It is begging the question why and when the fate of Russia's neighbors — the Baltic republics, Georgia and Ukraine — became the focus of Washington's attention and a vital security interest of the United States, Carpenter wonders.

‘Big Mistake’: Germany Leads NATO Games Near Russia 75 Years After Nazis
For a long time Moscow's control over these areas "did not matter a whit to the United States." So why, when Washington faces a "weakened Russia," do the US political establishment and its allies seem ready to provoke a confrontation with Moscow, the scholar asks.

"Any major country is going to resent other nations intruding militarily into its immediate neighborhood. Imagine the US' reaction, for example, if an alliance led by China or India acquired clients and deployed military units in the Caribbean or Central America. We would justifiably regard such conduct as extremely menacing," Carpenter explains.

It remains a mystery as to why Washington policymakers believe that Russia would regard NATO's saber-rattling and muscle-flexing in close proximity to its borders any other way. 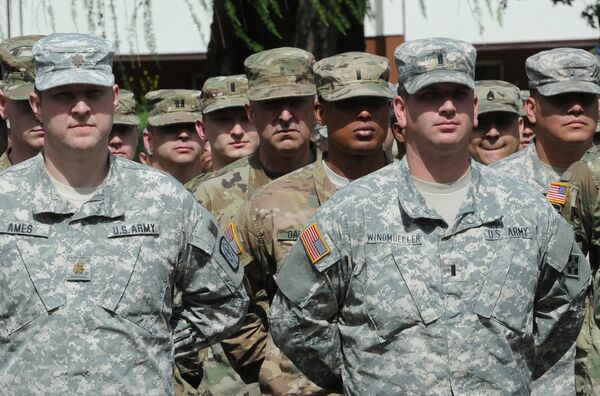 On June 13, NATO Secretary General Jens Stoltenberg confirmed that the Alliance will deploy a 4,000-strong military contingent to Poland and the Baltic States. The program will be discussed by NATO leaders at the Alliance's Warsaw summit on July 8-9. Furthermore, a deployment of an additional 40,000-troop NATO Response Force in the region is due to be considered by the bloc.

"If you look at Estonia, Lithuania, and Poland, they are the countries calling for more investment and a greater NATO presence, leading to the permanent battalions of 4,000 troops to be stationed on Russia border. These countries are also calling for a total force of 40,000 later on, which almost certainly will be confirmed during the NATO summit in Warsaw next month," foreign policy analyst Dr. Martin McCauley told Radio Sputnik Wednesday.

'It's Time to Leave NATO Now!' Europeans Launch New Anti-War Campaign
To add insult to injury, NATO is holding a series of war games in Eastern Europe in order to send a "signal" to Moscow. The bloc's Anaconda-2016 joint military drills have accumulated the largest assembly of foreign forces on Russia's doorstep since WWII.

Ahead of NATO's Warsaw Summit European social activists and prominent politicians kicked off an anti-NATO campaign, protesting against the bloc's military buildup in Europe. They drew up a petition entitled "The Warsaw Summit Prepares for War, It's Time to Leave NATO Now!"

"The upcoming NATO summit in Warsaw on July 8-9 is expected to be yet another provocation against Russia. By this call, we, the undersigned, want to say 'stop' to this nuclear escalation before the irreparable occurs!" the petition translated in German, Italian and French says.