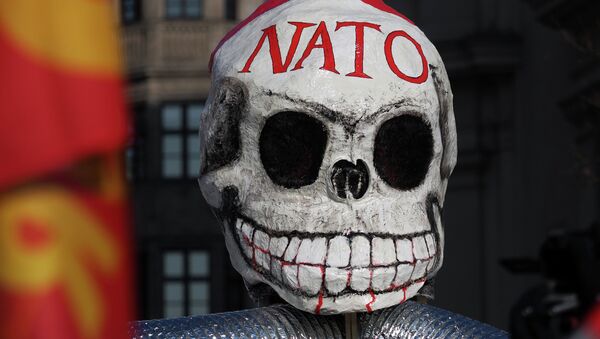 Against the Clock: Pentagon Pushing Ahead With Nuclear Buildup in Europe
"NATO and the EU are complementary, and we already work more closely together than ever before," Stoltenberg told Poland.pl, adding that the two blocs conduct a coordinated policy to counter the Russian "threat."

'Worse Than Useless': NATO Unable to Protect Europe From Daesh
"We the undersigned see that NATO is carrying out a provocative policy of 'encirclement'," the authors of the petition continue, referring to the Alliance's continuous expansion towards the Russian borders; the deployment of the Aegis anti-missile defense system in Romania, Poland, Turkey and Spain; NATO's military buildup in the Baltic States, Poland and Romania; and the creation of a "Nordic Front" against Russia, comprised of Denmark, Iceland and Norway as well as of NATO partner states Sweden and Finland. 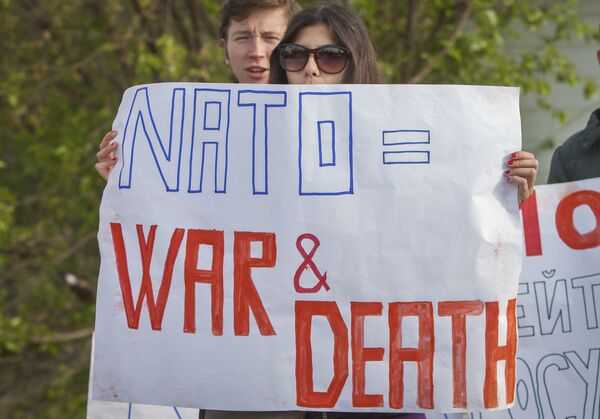 Moldovan youngsters hold anti-NATO banners during a protest in the border town of Sculeni, Moldova, Tuesday, May 3, 2016 against the May 3-20 joint US-Moldovan military exercises as less than 20 percent of Moldovans want to join the military alliance
© AP Photo / Roveliu Buga

Nuclearization of EU: Europeans Feel Increasingly Betrayed by Washington
"In Germany, the petition, promoted by Helga Zepp-LaRouche of the Bueso party is waking up the peace movement which has been dormant so far. Rallies and events against NATO deployments have taken place in Ramstein and elsewhere," he pointed out.

Russia Has Last Seen Such Amassing of Hostile Forces on Its Borders in 1941
Europeans know that Russia does not pose any danger to the EU. Bruce Konviser of Deutsche Welle reported Thursday that ahead of the summit NATO "is struggling to assemble four battalions to safeguard its eastern flank from a possible Russian attack."