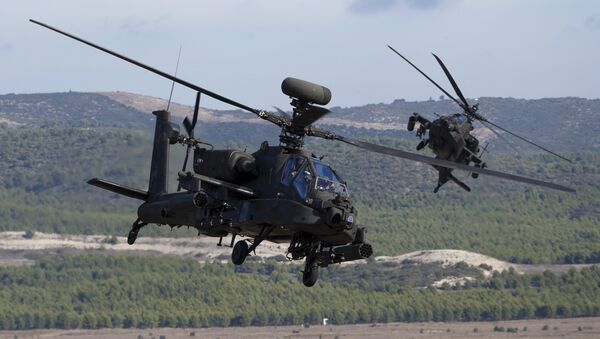 "He has been more reluctant to engage troops on the ground than some of his predecessors and advisers, and instead has rapidly escalated special operations and his global assassination (drone campaign), a moral disaster and arguably illegal as well," Chomsky said during a recent interview with Truthout, referring to Obama’s foreign policy.

"On other fronts, it is a mixed story," he adds. "Obama has continued to bar a nuclear weapons-free (technically, WMD-free) zone in the Middle East, evidently motivated by the need to protect Israeli nuclear weapons from scrutiny."

"By so doing, he is endangering the Nonproliferation Treaty, the most important disarmament treaty, which is contingent on establishing such a zone."

But the biggest problem may be Washington’s actions in Eastern Europe.

"We are convinced that these exercises carry a serious destabilizing component," he told reporters on Thursday. "Their main goal is to continue the aggravation of tensions along the Russian borders."

Obama’s policy on nuclear weapons is also worrying to Chomsky.

"His trillion-dollar program for modernizing the nuclear weapons system is the opposite of what should be done," he said.

While treaties forbid the United States from expanding its nuclear arsenal, the upgrades include improved targeting systems, as well as adjustable yields, which could, in theory, make the weapons easier to use.

"These and other moves amount to a mixed story, ranging from criminal to moderate improvement," Chomsky said.

While a new President will take office after the November elections, the philosopher doesn’t have much hope that things will change.

"Financialization has of course exploded during the neoliberal period, and the general policies, pretty much global in character, are designed to enhance private and corporate power," he said. "That sets off a vicious cycle in which concentration of wealth leads to concentration of political power, which in turn yields legislation and administrative practices that carry the process forward."