UK Moves Closer to Laser Weapons on the Battlefield 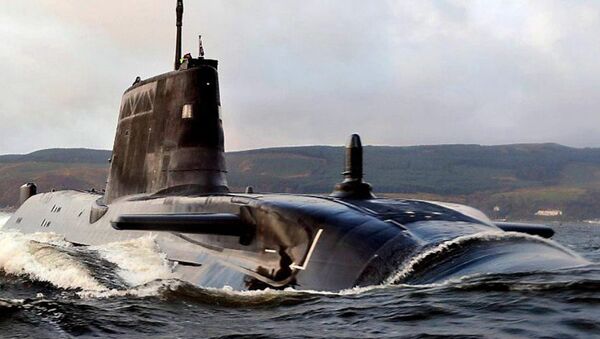 The project, which is called the Laser Directed Energy Weapon Capability Demonstrator, will have a contract worth between 20 and 100 million pounds, according to the Ministry of Defence, which also said that "the potential of laser based weapons systems has been identified as an opportunity and offers significant advantages in terms of running costs as well as providing a more appropriate response to the threats currently faced by UK armed forces."

According Andy Rhodes, business-development lead for missile systems at Raytheon, a winner could be chosen as soon as June 3. British engineering company Babcock will be leading a consortium of companies to receive the contract. This group includes Raytheon UK, Lockheed Martin, MBDA, Rheinmetall and Thales UK, and uses a laser developed by Qinetiq and optronics supplied by Leonardo-Finmeccanica.

Qinetiq will be supplying laser technology to at least three participants in the competition, which is supported by the Defense and Science Technology Laboratory (DSTL), the government’s defense lab. To have a contender that uses Qinetiq would help to localize a military arms field that has recently been dominated by Germany and the United States.

The DSTL says the purpose of the demonstrator "is to enhance the United Kingdom's understanding of the capability of laser-based weapon systems while demonstrating the ability of a high-power [LDEW] system to engage airborne and surface targets at operationally relevant ranges," saying the initiative "will consist of system studies and hardware trials, culminating in a number of practical demonstrations."

Raytheon has previously developed anti-missile technology called "Phalanx," designed to neutralize airborne and land-based threats. The Babcock Consortium will submit a truck-mounted modification of the Phalanx, removing the gun and replacing it with the laser, while leaving the radar intact.

"There is nothing to stop militaries using Phalanx for this," Rhodes said. "It has previously been used to shoot down mortars during land operations, so it can bring down UAVs (unmanned air vehicles) as well."

Rhodes believes that using previously developed aspects of the truck-mounted system will help research to focus on the laser.

"It's better to spend money on the laser than on the mount," he said.

Former First Sea Lord Admiral Sir George Zambellas told the Defence Security and Equipment International last year that "the Royal Navy plans to demonstrate a directed energy weapon at sea by the end of the decade," suggesting that the laser will be a more cost-effective weapon.

"Energy weapons don’t require conventional ammunition." he told the annual arms exhibition, "With a cost-per-shot potentially measured in pence rather than pounds, they offer a route to address the spiralling costs of missile development and production, as well as reducing supply chain demands."