France Against NATO Taking Control of US Missile Defense System 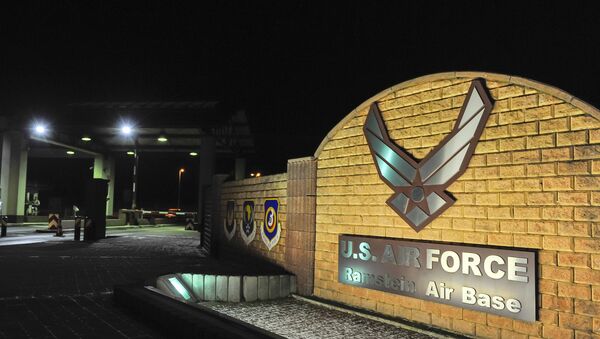 French officials have withheld their approval for NATO to take control of the US-built European missile-defense, as doubts that the system will be “truly under Alliance, not American control" and about its operational readiness prevail; however, the US is concerned that Russia may see any deferment as “a sign of weakness.”

US Missile Defense in Romania: ‘Too Expensive, Inefficient, Totally Wrong’
French officials refuse to approve NATO taking control of the US-built European missile-defense system, according to a report in the Wall Street Journal.

The newspaper quotes one of the French officials without revealing his name as doubting that the system will be “truly under Alliance, not American control.”

“We are not sold on IOC,” the outlet quotes him as saying, using the acronym for Initial Operating Capability, the military term for a stage of the system’s development where a system can meet the minimum operational (Threshold and Objective) capabilities for a user’s stated need.

Another unnamed French official added that the NATO command and control system wasn’t ready and that the system remained an American one.

“The C2 system is not sufficiently mature to allow NATO to control the situation,” he is quoted as saying.

World
Obama Launches Military Buildup Along Russia’s Borders Out of ‘Total Panic’
French officials are analyzing the results of an April exercise, Steadfast Alliance, designed to test whether the system is operationally ready. NATO’s top military officer will make a recommendation whether he considers the system ready, the outlet says.

The US officials however are pushing for the system to come under NATO control at its July summit in Warsaw, otherwise they are worried that Russia might regard it as “a sign of weakness” after the pompous launch of the US ground-based missile defense system site in Romania last week.

“Alliance and US officials believe that if NATO doesn’t use its July summit in Warsaw to take control of the missile-defense system and declare it operational, Russia will declare that the alliance is bending to its will,” the newspaper says in reference to Moscow’s repeated concerns over the system and assertion that it is a threat to global and national security.

Other European experts have already doubted the efficiency and capability of the system.

Here's the Most Dangerous Thing About US Missile Defense in Eastern Europe
The most recent comments came from Hans-Joachim Spanger, conflict researcher at the Hessian Foundation for Peace and Conflict Studies (HSFK), one of the most established German institutions in the field of peace and conflict research.

Referring to the declared aim of the US that “the shield is directed against rogue states like Iran and not intended to target Moscow's missiles,” Spanger explained that it is almost impossible that Tehran would actually attack European targets or US bases in Europe as it would ignite a military conflict, with the biggest casualty most likely being Iran itself.

In its comments on the system’s operation, the Wall Street Journal notes that the short flight time of ballistic missiles requires military commanders trying to shoot them down to make nearly instantaneous decisions.

Defense or Delusion? The Hidden Motives Behind NATO's East European Buildup
US officials said that, once NATO took command, the system would intercept missiles based on rules laid down by alliance ambassadors.
The recently launched site in Deveselu, Romania, is part of a larger project.

Other components include the X-band radar facility in Turkey, used to help target the interceptors, four US guided-missile naval destroyers in Spain, capable of shooting down ballistic missiles and command-and-control headquarters in Ramstein air base in Germany, built by the Alliance for the American-designed radar and missile systems.

The US has also started construction of a second land-based interceptor site in Poland.

If the system is transferred to NATO in July, US officials hope that it will be at full operating capability in 2023, after the completion of an interceptor site in Poland.

A NATO official involved in the process told the newspaper that the final decision on whether to declare the system operationally ready will likely go down to the wire.