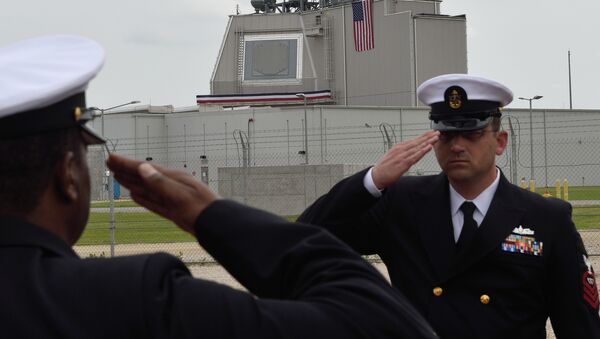 The US officially inaugurated on Thursday its missile defense base in Deveselu, Romania. While the facility creates new strategic possibilities for the US, it also poses the risk of increasing instability in Eastern Europe.

Costly US Missile Defense Systems in Romania, Poland Unlikely to Work
The new $800-million facility includes an Aegis Ashore missile defense system. Construction was finished in May 2015, and was ready for operation on December 31, 2015.

The base is a former Soviet airfield. It was constructed in 1952 and used by the Romanian Air Force until 2003.

The Deveselu base is one of the first major European components of the US global missile shield. The so-called European Phased Adaptive Approach presumes that a number of information and combat missile defense components will be set up in Europe. In addition, warships equipped with the Aegis system will be put out on combat duty.

Aegis Ashore is the land-based version of the ship-based Aegis system. The land-based four-story-high construction weighs 900 tons and is similar to the deck-house of a Ticonderoga-class cruiser.

Moscow: Deployment of US Missile Base in Romania Undermines INF Agreements
The construction includes modular radio-electronic components. The system is equipped with an AN/SPY-1 radar and vertical launchers for 24 Standard SM-3 Block IB missiles.

What is more important is the fact that the new Romanian facility is officially aimed at the possible interception of Iranian missiles. The US has changed the configuration of its missile shield in Europe. Currently, it includes radars in Turkey and launchers for SM-3 missiles in Romania as well as planned SM-3 launchers in Poland.

The technical base of the Aegis Ashore system allows for launching SM-3 missile as well as Tomahawk cruise missiles. Thus, the new facility in Romania will pose a threat to military and civil facilities in south-western Russia, including in Crimea.

This is also a violation of the 1987 Intermediate-Range Nuclear Forces Treaty (INF). The document prohibits deployment of land-based cruise missiles with a range of 500-5,500 kilometers.

For the past 20 years, the treaty has created more problems than possibilities. However, neither Washington nor Moscow wants to withdraw from the deal. The INF Treaty is an important argument in the bilateral relations. And the second Aegis Ashore facility which is expected to be inaugurated in Poland in 2018 will further destabilize the situation in Eastern Europe.