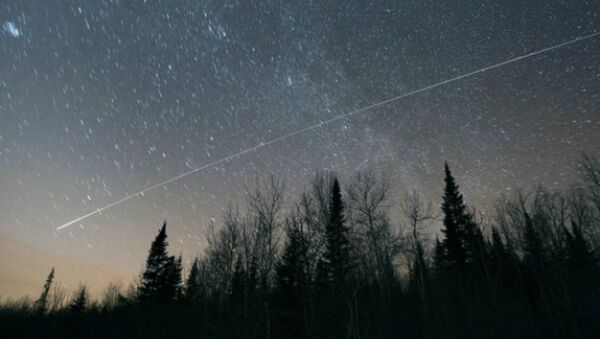 A radio geek from Sweden managed to tune into the frequency of the International Space Station (ISS) and eavesdrop some of their conversations.

"I think that I received a signal from the ISS while in southern forests of Sweden using Ericsson P504 [a radio receiver]. Russian translation to English or Swedish would be very appreciated," the Swede said in captions to the video he posted on YouTube.

When the man tuned into the ISS frequency, he overheard a conversation in Russian, which appears to be an interview that an astronaut was giving, albeit questions to the interview can't be heard.

"Well, a lot of things happen to a human body in space. For example, weightlessness and the absence of gravity lead to redistribution of fluids and lack of force on the skeleton. That's why the body is changing and you have to train every day and do physical training to compensate for the changes," a Russian cosmonaut said in the video.

Science & Tech
First Space Tourists May Visit ISS in 10-15 Years
Turns out it's not that hard to listen to the ISS using an amateur radio. Several years ago, the ISS ran a program called the Amateur Radio which allowed people to talk to cosmonauts in space 45 times a year and hold Q & A sessions with them.

"It's very similar to any other type of two-way radio communication. We have a 2-meter radio on board the ISS, and when it's in range of a ground station for approximately 10 minutes as it passes overhead the two can communicate," NASA Radio Engineer Kenneth Ransom said, according to the LiveScience website.

The radio transceiver on board the ISS has a frequency of 145.80 MHz and anyone with a radio receiver can tune into that frequency and listen to cosmonauts.