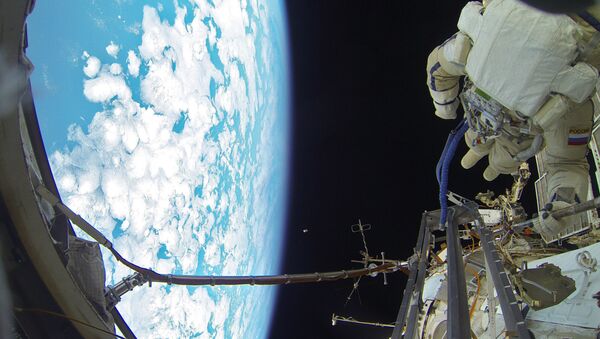 The International Space Station may be augmented with segments for space tourists in 10-15 years, the head of Russia's space agency said.

"In 10-15 years, I think the ISS will seriously change its appearance… If there is demand, there may appear separate segments devoted to space tourists," Igor Komarov told the RT broadcaster.

Science & Tech
First Joint EU-Russian ExoMars Mission to Reach Mars Orbit October 16
The ISS, launched in 1998, consists of different modules and brings together the space agencies of Russia, the United States, Canada, Japan, as well as the European Space Agency. Its members have extended the ISS’ service into 2024.

Komarov further expressed hope that the next decade and a half would see maintenance and repair capabilities of devices in orbit that have been delivered from Earth, including interorbital vehicles and tugs.