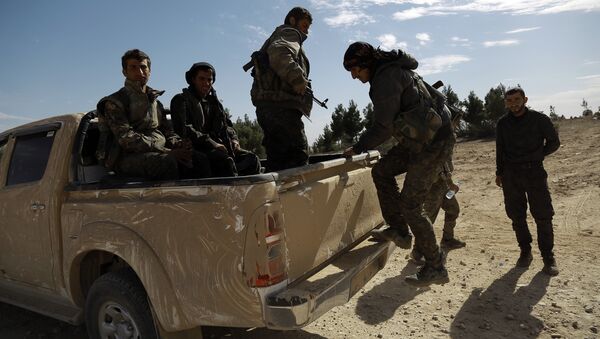 © AFP 2021 / Delil souleiman
Subscribe
The Syrian Democratic Forces, including elements of the Kurdish people's protection units (YPG), are preparing to launch a large-scale operation to liberate the strategically important city of Manbij, about 35 km from the Turkish border in the northwestern Aleppo province, from the Daesh (ISIL) militant group.

Erdogan: US and Turkey are Reaching Conciliation Regarding Syrian Kurds
Scheduled to begin later this week, the operation's initial stage is aimed at the liberation of the city of Manbij and several villages near the town of al-Bab, to the city's southwest along the M4.