Pentagon, Other Federal Agencies Use Drones for Domestic Surveillance 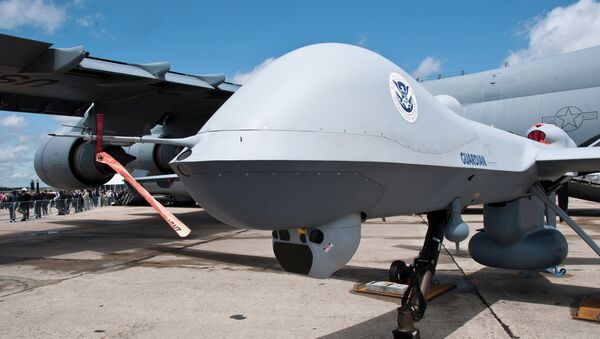 It all started a decade ago when the US border patrol began using surveillance drones to monitor activity along the US-Mexico border. The adoption of the technology by border patrol officials basked in public popularity, with nobody objecting to the close monitoring of the flow of people and narcotics along America’s southern border.

In 2012, the Los Angeles Times called bloggers claiming the federal government was using drones to conduct domestic surveillance paranoid lunatic conspiracy theorists.  Well, it turns out those deranged conspiracy theorists were right: by that time the border patrol had lent drones to other agencies over 700 times.

More alarming, the Department of Homeland Security was actively developing a domestic surveillance drone fleet at the behest of over 60 members of Congress.

"This bipartisan caucus, together with its allies in the drone industry, had been promoting UAV use at home and abroad through drone fairs on Capitol Hill, new legislation and drone-favored budgets," The Center for International Policy reported.

At a congressional hearing in 2013, FBI Director Robert Mueller admitted the agency used surveillance drones domestically, but claimed their use was "very, very minimal, very seldom," when he asked about drone usage by Senator Dianne Feinstein. Feinstein, a staunch defender of NSA surveillance programs, nonetheless has called drones "the single biggest threat to privacy in society today."

Domestic surveillance drones widespread; Pentagon has used them for decades

On Wednesday, it was revealed that the Pentagon "has deployed drones to spy over US territory for non-military missions over the past decade," per a report by the Pentagon Inspector General. The Pentagon, which possesses absolutely no domestic jurisdiction under US law, claims that those flights were "rare and lawful."

"I can tell you with 100% certainty that these exercises are of a Defense support-to-civil authorities nature. It's (training for or responding to) a natural disaster of some kind, earthquake, flood, hurricane or nuclear-reactor blowing up. Something like that," Pentagon spokesman and Air Force Lt. Col. Tom Crosson said, according to Defense News.

Wisconsin National Guard Maj. Paul Rickert, a media spokesman, echoed Crosson’s statement, adding that he is “very aware” of the public’s anxiety about the revelation.

"I can tell you that we’re very, very aware of the public concern over the use of UAVs. And so we are very, very judicious and cautious about using those assets even in an exercise format," Rickert said.

With domestic spy drones proliferating across an alphabet-soup of federal and state agencies at a faster rate than North Korea can issue bellicose statements about world annihilation, the assertion that this domestic surveillance is infrequent and legal sounds cartoonish.

The ACLU and Electronic Frontier Foundation argue that it is a lack of oversight that has masked the frequency of drone use for domestic surveillance. They suggest that if the public had full knowledge of how often surveillance drones were being used against civilians, they’d be outraged.

000000
Popular comments
i wonder who's watching me now? the IRS?