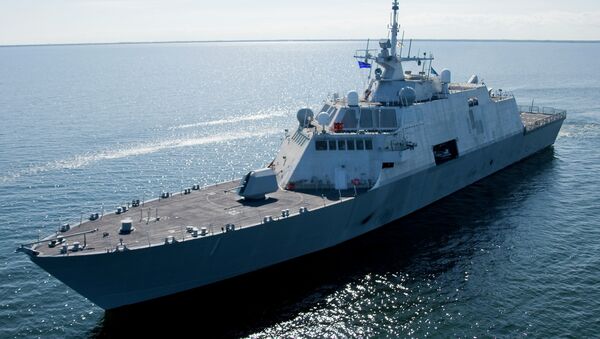 © AP Photo / Lockheed-Martin via U.S. Navy, File
Subscribe
International
India
Africa
Saudi Arabia has selected a variant of a warship Lockheed Martin is building for the US Navy as the frigate for the kingdom's Eastern Fleet modernization program, a source told Defense News.

The frigates sale will be the cornerstone of the modernization of the Royal Saudi Navy's eastern fleet and its aging US warships in the Persian Gulf.

Brothers in Arms: Despite Human Toll, US to Supply More Weapons to Saudis

A letter of request from the Saudi Navy that detailed requirements for the program was signed in early August, the source said, and the Saudis have asked the US Navy and Lockheed to complete a letter of agreement by November, Defense News reported.

Saudi and US officials also are finalizing a $1.9 billion deal to buy 10 MH-60R helicopters, which can be used for anti-submarine warfare and other missions. Lockheed is in the process acquiring Sikorsky.

The ships are also expected to be fitted with a vertical launch system that can accommodate surface-to-air missiles.

The four large frigates are expected to take up about 20-25% of the total cost. Saudi Arabia earlier this year budgeted $3.5 billion for the program, money that needs to be spent in calendar 2015.

The deal, if finalized, would mark the first international sale of a US littoral combat ship.

The Saudi Navy's expansion program has been in the works for years, but US sources say Saudi Arabia's concerns about Iran have accelerated the effort.

In July, world powers and Iran reached a deal aimed at curbing Tehran's nuclear program in exchange for lifting sanctions. Regional neighbors worry about the threat posed by a financially strong Iran.