Brothers in Arms: Despite Human Toll, US to Supply More Weapons to Saudis 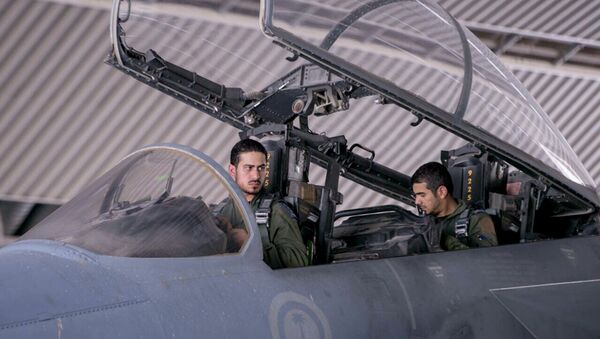 Friendly Fire and Civilian Deaths: Yemen Buckling Under Saudi Airstrikes
President Obama and Saudi King Salman met Friday in the Oval Office. The details of their chat remain undisclosed, through various sources earlier hinted arms supplies would be on the table for discussion.

Among possible candidates are Boeing’s GPS-guided Joint Direct Attack Munitions, according to Bloomberg. Approved for use in the Royal Saudi Air Force’s F-15s back in 2008, it’s likely they have been used for the bombardment of Yemen this year, which has reportedly claimed the lives of dozens of civilians. There are also numerous reports of the use of internationally banned cluster munition in the airstrikes, which began in March.

Reuters reported Wednesday a deal had nearly been reached for two frigates worth over $1 billion to the Saudis by Lockheed Martin Corp. The US recently approved a possible $5.4 billion sale of advanced Patriot missiles to Riyadh, the US Defense Security Cooperation Agency (DSCA) said in a statement in July, the same month US defense contractor Raytheon was awarded a $180 million contract to provide Saudi Arabia with guided air-to-ground missiles.

UN Says Continues to Wait for Saudi Arabia's Aid to Yemen Pledged in April
Defense buildup in Saudi Arabia, which became the world’s top arms importer this year, has considerably benefited several American weapons manufacturers. And the US relies on defense contractors to fill the void created by Pentagon budget constraints, as former US Assistant Secretary of Defense Lawrence Korb told Sputnik, adding that the Saudis have increased orders for US missile defense systems out of fear that Iran will grow stronger militarily after nuclear sanctions are lifted.

Ahead of today’s meeting with King Salman, Barack Obama announced they planned to discuss Iran, Syria, the self-proclaimed Islamic State terror group, the global economy and energy issues, among others.

“I look forward to continuing to deepen our cooperation on issues like education and clean energy and science and climate change because His Majesty is interested, obviously, ultimately in making sure that his people, particularly young people, have prosperity and opportunity into the future,” Obama said. “And we share those hopes and those dreams for those young people, and I look forward to hearing his ideas on how we can be helpful.”

No mention of any arms sales.

Obama urging restraint in #Yemen as he negotiates another arms deal with Saudi Arabia. This Noble Peace Prize winner is a wonder #Yay

As western countries profit from the sales of advanced weapons systems to Riyadh — including American and British warships to maintain a blockade on humanitarian aid to Yemen — they turn a blind eye to what many call Saudi war crimes and the obvious violation of human rights under Saudi leadership at home.

“The entire affair is a blatant breach of international law, and an assault on authentic democracy and self-determination,” Canadian writer and activist Stephen Gowans noted earlier this month.

On Monday, Amnesty International accused the Saudi-led, US-backed coalition of using internationally banned weapons in Yemen in a report that also lambasted the US for supplying the coalition with intelligence and material support, and the disastrous consequences for local populations the war perpetrates.