US Marine Faces Third Trial for Killing of Iraqi Civilian 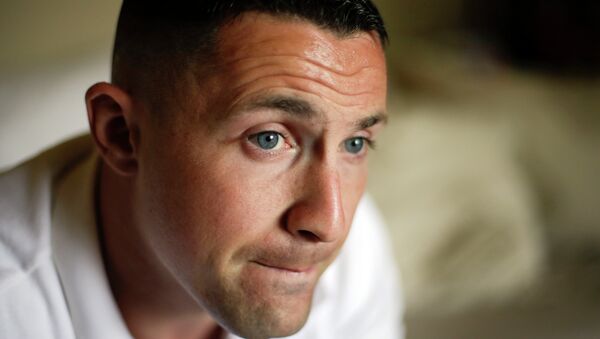 A third retrial began on Monday in Camp Pendleton, California, for Sgt. Lawrence Hutchins III, the US Marine who was convicted in a court martial for the 2006 killing of an Iraqi civilian.

Hutchins was convicted in 2007 by a Marine jury of unpremeditated murder for killing a 52-year-old former Iraqi police officer in Hamdania village. The killing was meant to warn Iraqis to stop planting roadside bombs and cooperating with insurgent snipers.

Six other Marines and a Navy corpsman were also convicted in what was called the Pendleton 8 case. As the squad leader, Hutchins got the longest sentence, 15 years, later reduced to 11.

Hutchins had his conviction overturned on appeal twice, once because interrogators violated his rights in 2006 and because his lawyer was allowed to retire on the eve of the trial.

Hutchins has spent more than six years behind bars, but has been free on appeal since mid-2013. He also was restored to his rank of sergeant and assigned to Camp Pendleton, north of San Diego, where he lives with his wife and children.

"The Marine Corps is doing what justice demands," said Gary Solis, a retired Marine and now an adjunct law professor at Georgetown University, told the Los Angeles Times. "An innocent Iraqi male was taken prisoner by Hutchins and his squad and, while he was bound, repeatedly shot in the face (and) murdered."

The case "is an indictment of the entire military justice system," he told the Times, adding that comments made by Navy Secretary Ray Mabus in 2009 alleging that Hutchins is guilty have tainted the case and prevented the Marine from getting a fair trial.

"The political pressure to make an example out of Sgt. Hutchins is palpable," Oprison said. "Enough is enough. The gloves are off. We hope to have Sgt. Hutchins home with his wife and children on Father's Day – a free man."

According to military rules, the jury will include officers and enlisted, most of whom, if not all, have served tours in Iraq, Afghanistan or both. The maximum sentence is roughly four years, the remainder of the 11-year sentence. The jury could also sentence Hutchins to time served, allowing him to immediately leave the Marine Corps.