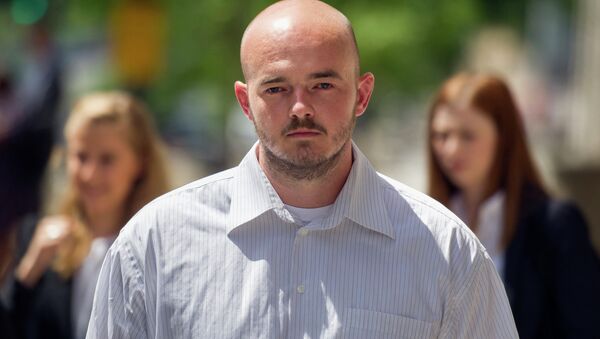 In October, after a lengthy legal battle, Nicholas Slatten was convicted of first degree murder while Paul Slough, Dustin Heard, and Evan Liberty were found guilty on charges of voluntary and attempted manslaughter along with firearms charges.

Prosecutors stressed this during their sentencing arguments.

"By imposing substantial sentences, this court would hold the defendants accountable for their callous, wanton and deadly conduct, and deter others wielding the awesome power over life or death from perpetuating similar atrocities in the future," prosecutors wrote in their sentencing memorandum.

Defense attorneys insisted the four men had panicked after coming under insurgent gunfire, saying they were "aware of no other case in which the government has prosecuted government security contractors for conduct undertaken in self-defense in a war zone, much less for having used weaponry of a particular magnitude, when the weaponry was issued by the United States government for official use."

The firearms charges faced by three of the guards carried a mandatory minimum sentence of 30 years under a law originally crafted to target drug war criminals.

Now that sentencing has been decided, defense attorneys are likely to begin filing appeals, on the basis of a number of legal issues, most notably, whether the Justice Department even had the authority to bring charges against the guards.

The defendants, all providing security detail through the defense contracting firm formerly known as Blackwater, were in Iraq to protect US diplomats. Defense lawyers have argued that since the guards were not being used in a military capacity, they could not be charged under the Military Extraterritorial Jurisdiction Act.

New witness testimony could also form the basis for appeals. After defense attorneys requested a delay in sentencing based on new witness testimony, a federal judge struck down that request on Friday. Judge Royce Lamberth said that the defendants could file a motion for a new trial "at a later date."

The decision comes as a strong signal from the Justice Department that it will not tolerate defense contractors who believe they can act outside of the law while operating on foreign soil.