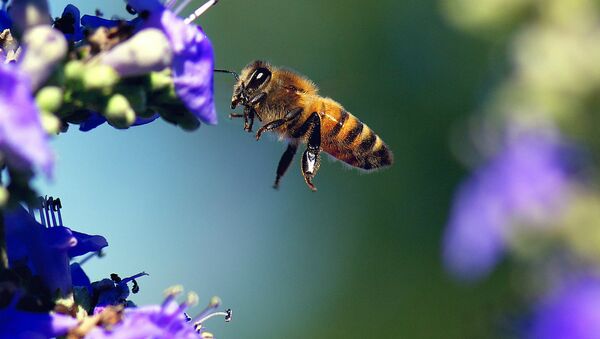 Environmental regulators in the US have proposed the creation of pesticide-free zones on a temporary basis to protect commercial honeybees, which continue to suffer from alarming mass die-offs.

The US Environmental Protection Agency's proposed restrictions would apply to 76 different active ingredients in pesticides, including a widely-used class known as neonicotinoids, already subject to a moratorium on new permits for use.

The US agricultural industry is highly dependent on a healthy population of honey bees to pollinate roughly a quarter of the crops produced in the nation.

The pesticide bans would be temporary, and apply when certain plants are in bloom and managed hives of bees have been contracted to pollinate crops. Beekeepers regularly travel around the country with their bee colonies to assist in the pollination of agricultural crops.

There are an estimated 2.74 million managed honeybee colonies in the United States.

The 18-page outline for the plan — which is scheduled to be entered in the Federal Register on Friday — focuses on foliar applications of pesticide, in which the chemical is applied directly to the plant.

Bees Worth $15 Billion to US Agriculture

Earlier this year, an annual survey of 5,000 beekeepers in the US reported a loss of 42% of their honeybee colonies, up considerably from the 35% loss reported during the same period in both 2014 and 2013.

While it's normal to see about 10% of colonies die off in a given year, suddenly beekeepers were losing much more, and it was happening across the country. 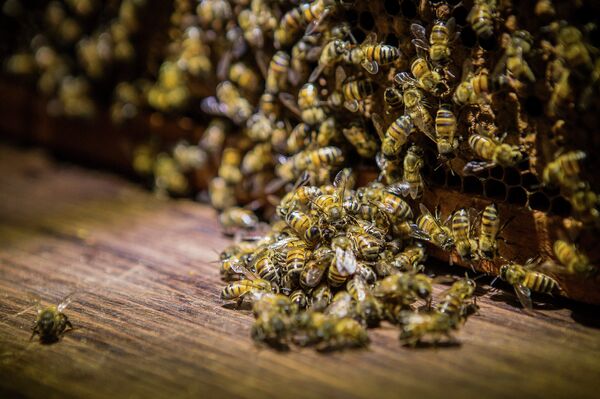 Beekeepers first noticed a rise in the deaths of their bees in the mid 1990s, but it didn't come to widespread attention until the middle of the last decade. The phenomenon was dubbed "colony collapse disorder" and in 2013 the highest rate of bee deaths was recorded when 45% of colonies were lost.
© Flickr / Ars Electronica

Though there are other possible contributors to colony collapse — like a tiny, blood-sucking mite called varroa destructor — pesticides have been under scrutiny with mounting scientific evidence that they harm pee populations.

In particular the class of pesticides known as neonicotinoids — or neonics — is thought to slow colony growth and to adversely affect reproduction. There is also some evidence that bees react to the chemicals similarly to how humans react to related nicotine — in other words, they get addicted.

The EPA said Thursday it would continue to conduct "chemical-specific risk assessments for bees" and that further restrictions could be instituted to mitigate chemicals' effects on bees.

Bayer, Syngenta and other large producers of many agricultural chemicals under scrutiny deny their products are the problem, and insist blame lies with mites and other factors.

Environmental advocates have long pushed for at least a partial ban on these chemicals, and the White House created a task force earlier this month to work on the protection of honey bees and other pollinators.

"Honey bee pollination alone adds more than $15 billion in value to agricultural crops each year in the United States," the White House said in a statement, "The problem is serious and requires immediate attention to ensure the sustainability of our food production systems, avoid additional economic impact on the agricultural sector, and protect the health of the environment."

Though a temporary ban on foliar application is a step in the right direction for many working to save these bee populations, some say the measures do not go far enough. The restrictions wouldn't address the application of neonics to seeds before planting, where they can still have a lasting effect on pollinators, critics claim.

"EPA needs to take the next step and ban these poisoned seeds," Lori Ann Burd, environmental health director for the Center for Biological Diversity, told the Associated Press.