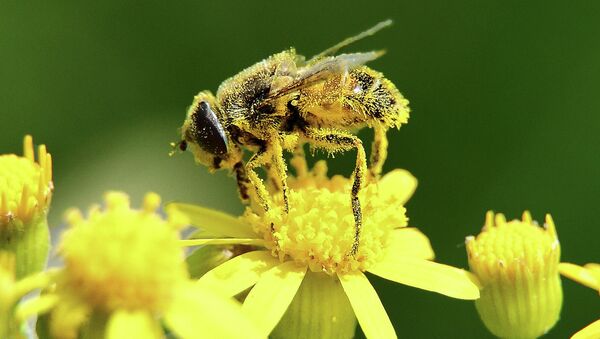 The mass die-off of honeybees appears to be getting worse, posing an acute danger to the food supply that depends on the little insects who do about $10 to $15 billion worth of work pollinating our crops. 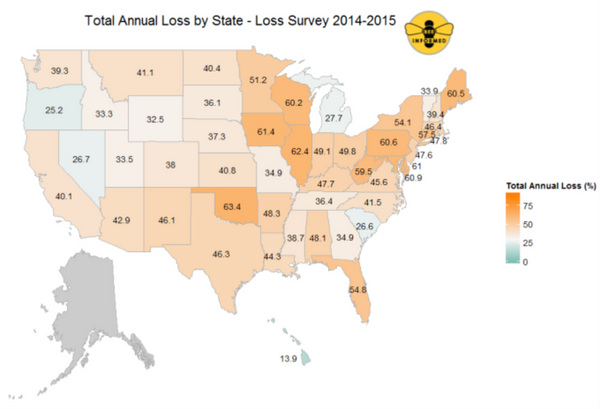 The loss of colonies varied across geographical regions. Some states like Michigan, Illinois and Iowa lost over 64% of their honeybee colonies, while Hawai'i was the geographical and statistical outlier, losing only around 14% of colonies.
© Source: Bee Informed Partnership 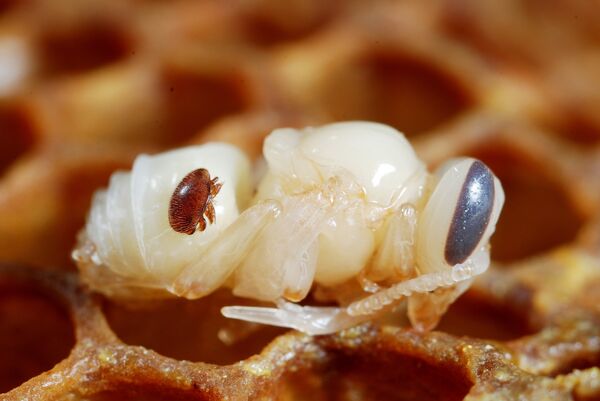 A bloodsucking varroa mite sits atop a bee nymph. The mites - which arrived in the US in the 19080s are one of the factors that scientists are studying as possible causes of colony collapse disorder.
© Flickr / Gilles San Martin