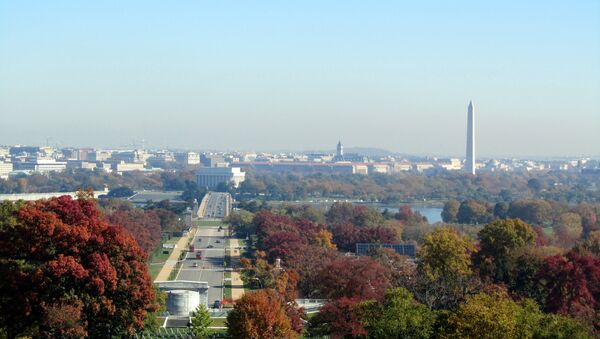 © Flickr / David Jones
Subscribe
The US Congress is considering having giant blimps stretching over Washington DC’s skyline to act as an “eye in the sky,” after authorities failed to detect a Florida mailman on a gyrocopter flying over and landing on Capitol grounds.

When Candice Miller, Chairwoman of the House Administration Committee, visited the US Customs and Border Patrol ground stations in January, she was impressed with the clarity of the surveillance provided by the Tethered Aerostat Radar System (TARS). Referring to them as “sophisticated technology,” she suggested that it may actually be useful for the capital.

The giant blimps are deployed by the federal law enforcement and contain around 2,000-lb. radars in their core, meaning that they are capable of detecting aircraft at the range of 200 miles. Something that would undoubtedly prove useful for Capitol grounds, which were recently breached by a Florida mailman flying in on a gyrocopter. 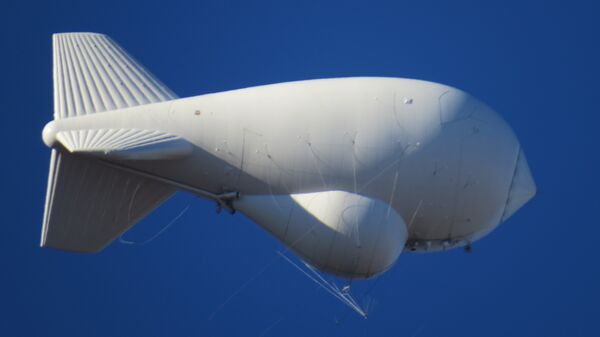 This surveillance blimp is one of eight aerostats deployed along the U.S. southern border.
© Flickr / Jack and Petra Clayton

Dough Hughes landed the craft on the lawn of the US Capitol Building on April 15, gaining widespread media attention, and raising the concerns of Washington authorities who believe the incident exposes serious security gaps. Lawmakers have pointed to Hughes’ mission as justification for investing more into surveillance in DC’s skies.

Hughes is now facing two felony charges and four misdemeanors, and is expected to return to DC court on June 22.

Florida Man Indicted For Landing Gyrocopter on US Capitol Grounds

Capitol Police said they have been looking into the technology following the incident with Hughes.

"We actually had a briefing this morning and we look forward to briefing you in a confidential setting about some of the things we’re looking at," Capitol Police Chief Kim C. Dine told Miller last week.

Referring to the complications that came about after Hughes landed his gyrocopter, Dine rhetorically asked, "Once the vehicle is identified, what do you do about it?"

Man Arrested for Landing Small Helicopter on US Capitol Grounds

"But clearly, the earlier we know about it and the earlier we can identify it, the better we can make decisions about evacuations – which is a big part of how we used our systems now – and whether any use of force either by us, or DOD is appropriate."

Lawmakers have additionally considered how the giant blimps would affect Washington’s iconic skyline. Some, including Miller, insist that a lot can be done to prevent the technology from ruining the skyline’s visual appeal. She noted that if they flew at higher elevations, they could remain effective and be less visible.

Rep. Mark Meadows, who also supports the idea of more aerial surveillance, agreed. "They’re not huge blimps," he said. "You could do a number of things that are not visually unappealing to our visitors and yet still provide the vehicle to have additional eyes on the [National] Mall."

Five of these blimps are currently stationed at 500 to 5000 feet above South Texas, and are used by US Customs and Border Protection as part of a test run to monitor the Mexican border.

Costing between $300,000 and $350,000 a month, the technology has the surveillance capabilities of drones, but at one tenth of the cost.