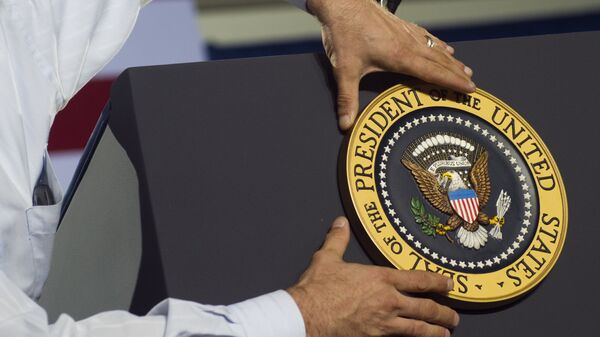 "The United States should have a mutually respectful relationship with Russia, ought to accept that China is an adversary but not necessarily an enemy unless we make it so and it should also finally realize that an agreement with Iran is within its grasp as long as Washington does not overreach," the former CIA officer stressed.

Why the US is Finally Talking to Russia
Indeed, while Kiev is urging Washington to send lethal weapons to Ukraine, claiming that Ukraine will in this case "serve as a bulwark against further Russian expansion," the United States has "no actual horse in the race," since Russia poses no imminent threat to America or to Europe, Philip Giraldi underscored.

"Fear of the expansionistic Soviet Union after 1945 was indeed the original motivation for creating NATO," the expert noted.

However, "if one is focused on US interests globally Russia has actually been a responsible player, helping in the Middle East and also against international terrorism," Philip Giraldi highlighted.

American Ships in South China Sea May Lead to War Between US, China
Unfortunately, the Obama administration had snubbed Moscow by boycotting the 70th anniversary of the end of World War Two in Europe. It would have been respectful for US President Obama or Secretary of State John Kerry to visit Russia on that important Victory Day, as it would have led to mitigation of Russo-American tensions over the Ukrainian crisis.

"But Obama chose to stay home as punishment for Putin, which I think was a bad choice," the former intelligence officer emphasized.

At the same time the Obama administration has made a number of other "bad choices" during the past several weeks, the expert stressed. For instance, the White House has been aggressively promoting the Trans-Pacific multilateral trade agreement. While the deal itself has sparked a lot of controversy among Americans, the expert stressed that his main concern is "Obama’s explanation of why the pact is important." Barack Obama elaborated that the deal is of primary importance to the US, since "if we don't write the rules, China will…" so far suggesting that Washington has the right to write the rules for Asian nations.

Obama Upholds Iran Oil Sanctions
"Fear of the Yellow Peril might indeed be legitimate but it would be difficult to make the case that an internally troubled China is seeking to dominate the Pacific," the former CIA officer noted.

Furthermore, in an interview with an Arabic newspaper Barack Obama called Iran a terrorism supporter. It does sound strange, since President Obama has repeatedly stressed that he was "working hard" to find a peaceful way to mitigate the alleged threat posed by Tehran's nuclear program.

"I understand that the interview was designed to reassure America's friends in the Gulf that the United States shares their concerns and will continue to support them but the timing would appear to be particularly unfortunate," Philip Giraldi pointed out.

It still remains unclear why the US President is shooting himself in the foot, but he should wake up and realize what is going on "before Hillary Clinton or Jeb Bush arrives on the scene to make everything worse," the former CIA officer concluded.