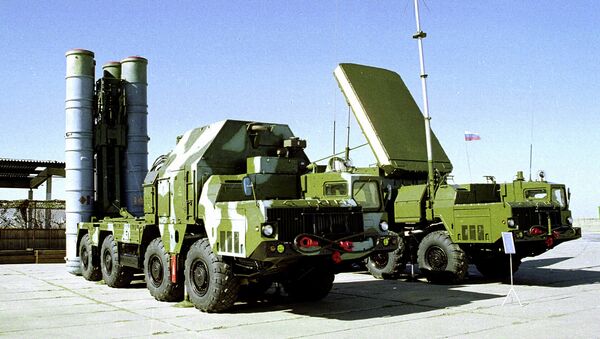 With the framework for an agreement to lift international sanctions against Iran finally in place, Tehran is poised to become a battleground for international arms sales, which has neighboring Arab countries watching closely.

Since the P5+1 group of countries reached a political framework agreement with Iran over its nuclear program earlier this month, Russia has lifted its ban on weapons exports to Tehran and will supply a missile defense system.

The 2010 ban cancelled a 2007 contract to sell Iran the air-defense system.

The announcement of the impending Russian export brought disapproval from the United States, as well as the Gulf Cooperation Council, which said the decision was made too soon and perhaps to pave ways for future arms deals.

China has been equipping the Iranian military since the 1980s, but their sales have dropped since the turn of the millennium. Beijing is now looking to increase its annual trade with Iran from $52 billion to $60 billion, according to the Iran-China Joint Chamber of Commerce.

It was also announced that Chinese President Xi Jinping will visit Iran sometime in the near future.

"I think this was in part Beijing trying to demonstrate to the world that it was not supporting a supposed terrorist state, to appease Israel, which has been an important if sporadic supplier of military technology to China; and also to perhaps to curry favor with conservative Gulf States.”

As for Moscow, it has shown its intent to intensify arms sales to Iran ahead of competition that could emerge after the nuclear agreement is signed. That competition, however, is not likely to come from the West, experts say.

Sources close to the Russian Defense Ministry believe Iran is unlikely to start buying Western and US weapons once the sanctions get lifted, said Yuri Barmin, a Russian political and military analyst.

"Tehran would be better off purchasing Russian arms and there are in fact existing contracts that need to be implemented first," Barmin told Defense News. He also cited an assessment by the Center for Analysis of World Arms Trade that stated Iran needs $11 billion to $13 billion in Russian arms.

"Iran has an ambitious program to rearm its Army, and Russia could become Tehran's main arms supplier," he said.