No Deal: Intel Can’t Sell Chips to China Over US Nuclear Fears 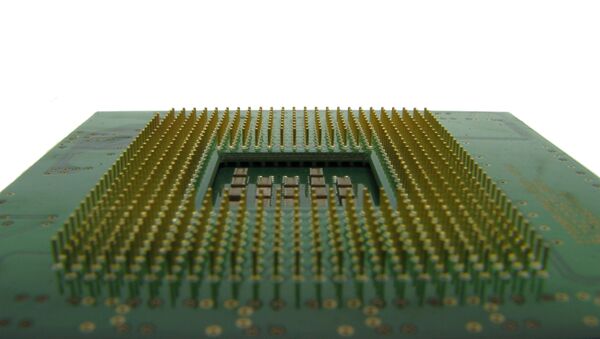 The US has banned Intel from selling China chips it requires to update its Tianhe-2 supercomputer - the world's largest - over concerns that it will be used for "nuclear explosive activities."

The Tianhe-2 can perform a quadrillion mathematical calculations per second and though most of the technology is domestically developed, it uses tens of thousands of Intel's Xeon and Xeon Phi processors.

Intel has been selling the chips to China for years but in August the US Department of Commerce told Intel they would need to apply for and be granted an export license to continue shipping chips.

This Is How NSA Spying Screws US Businesses

"Intel complied with the notification and applied for the licence, which was denied. We are in compliance with the US law," the chip maker said in a statement to the IDG new service.

In February the US placed 4 institutions with supercomputers on a list blocking them from receiving certain US exports. Those included China’s National University of Defense Technology, as well as the National Supercomputing Center of Guangzhou, home of the Tianhe-2 and the Tianhe-1a.

The notice from the Commerce Department announcing the denial of the export permit said the institutions in question were “acting contrary to the national security or foreign policy interests of the United States.”

The ban could be yet another push for China to develop its own tech industry. Both US and Chinese regulations that stem from suspicions of spying have led China to rely more on its domestic industry. Strict Chinese banking regulations with requirements for information sharing that made US tech companies balk already pushed more of the financial tech market back into Chinese hands.

US has also had concerns about possible connections between Chinese technology firms and government spying. The US would not allow Huawei Technologies, the largest networking and telecommunications firm in the world, to operate in the US due to concerns over Chinese government spying. And in fact, the leaked NSA documents revealed that the US made efforts to create backdoors into Huawei’s systems itself.

Meanwhile, Intel can console itself with its recently awarded contract to supply chips for the US challenge to the Tianhe-2, being developed by the US Department of Energy at the Argonne National Laboratory. The Tianhe-2 boasts a computational capacity of 33.85 petaflops, but Argonne's Aurora supercomputer is slated to have a 180 petaflop capacity.